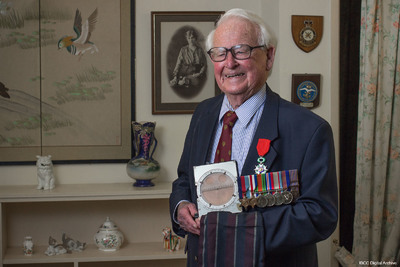 Don Southwell grew up in Australia and worked for RKO Radio Pictures and as an Air Raid Precautions Warden before volunteering for the Royal Air Force. After training in Australia and Canada, he flew nine operations as a navigator with 463 Squadron from RAF Waddington. He describes crewing up and everyday military life at the station, and gives accounts of his operations and being chased by Me 262s over Hamburg. He remembers ferrying liberated prisoners of war as part of Operation Exodus.