10 items. An oral history interview with Warrant Officer Donald Edward "Don" Southwell (b. 1924 - 2019, 423987 Royal Australian Air Force), documents including a navigation chart, and six photographs. He flew operations as a navigator with 463 and 467 Squadrons.

The collection has been donated to the IBCC Digital Archive by Don Southwell and catalogued by Barry Hunter.

Lancasters in the snow 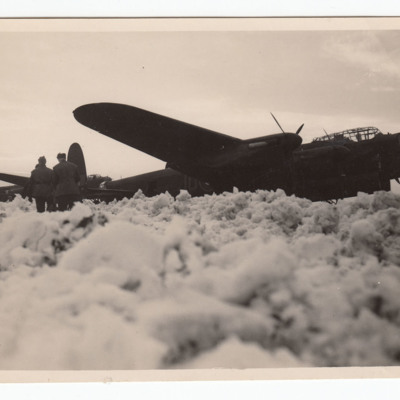 Three Lancasters in snow taken from a low angle. Two airmen are standing in front of the closest with their backs to the camera. 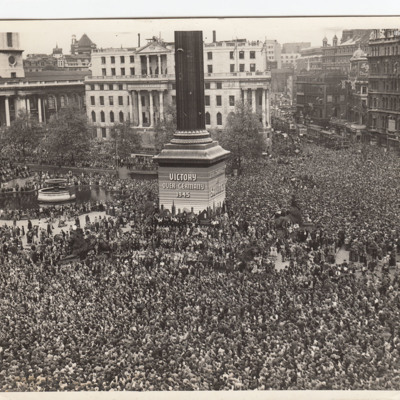 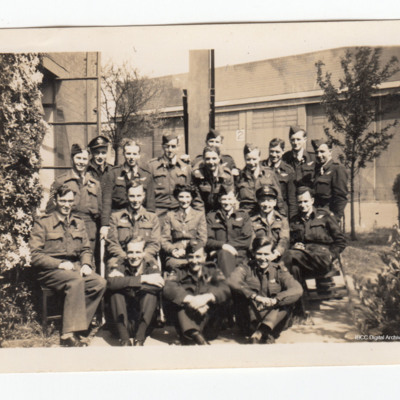 A group of airmen and an airwoman arranged in a garden area in front of a hangar. On the reverse is handwritten 'Nav Section Waddington'.

28 airmen and an Anson 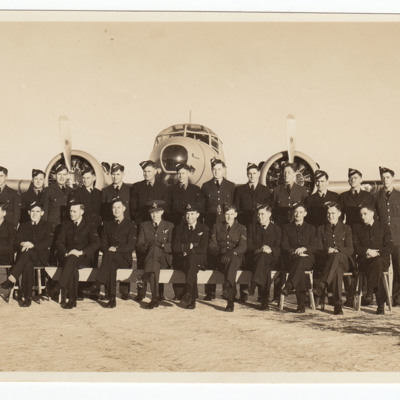 28 airmen arranged in two rows in front of an Anson. 25 airmen have trainee flashes. There is snow on the ground. 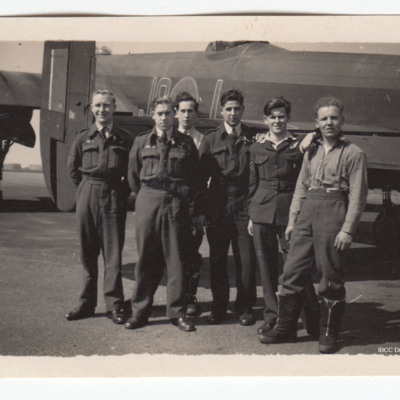 Six airmen in front of a Lancaster. On the reverse:
'The Crew Waddington'
'463 Squadron Don -2nd from right'
'(Missing Bill Morgan Bomb Aimer)' 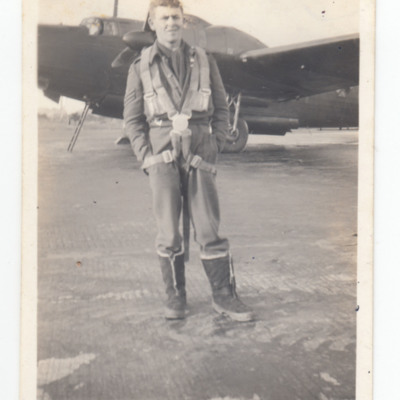 Full length portrait of Don Southwell in flying kit. He is standing in front of a Wellington. On the reverse 'Myself Bruntingthorpe' and '29 OTU 1944'. 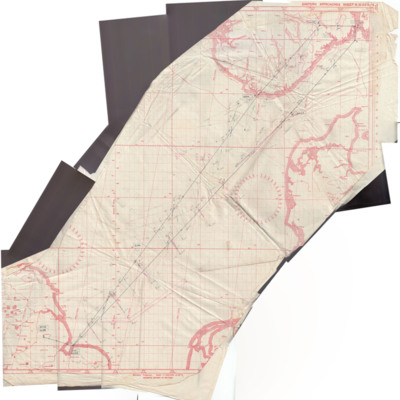 A navigation chart prepared for the operation to Tonsberg. 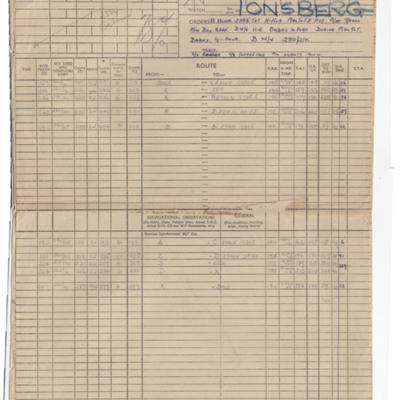 A navigation log sheet for an operation to Tonsberg, Norway. 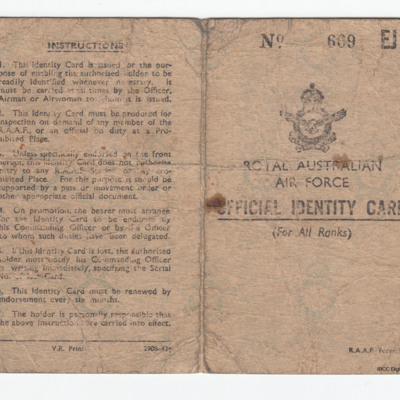 A card issued by the Royal Australian Air Force to Don Southwell. Includes photograph and description. 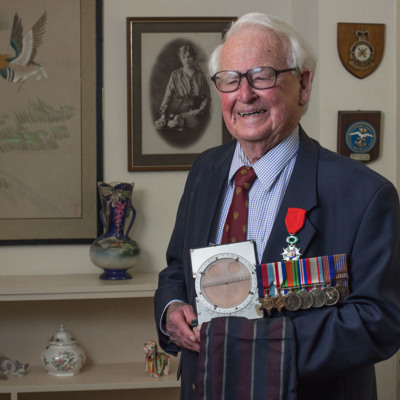 Don Southwell grew up in Australia and worked for RKO Radio Pictures and as an Air Raid Precautions Warden before volunteering for the Royal Air Force. After training in Australia and Canada, he flew nine operations as a navigator with 463 Squadron…
View all 10 items