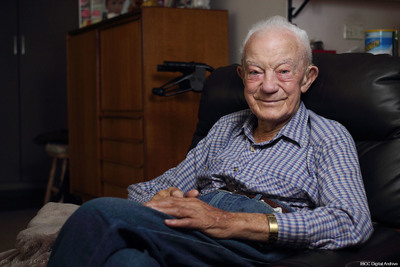 Max Spence grew up in Australia and worked in a hardware store before he volunteered for the Air Force. He recounts his training in Canada and in England and life on an operational station. He flew 18 operations as a navigator with 460 Squadron.