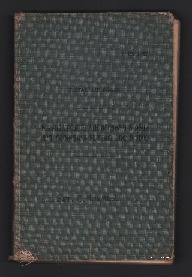 One night on return – on the circuit we collided with another A/C on opposite direction – losing about 4-5 foot of the tip of main plane and nearly spun upside down – but recovered level flying – and landed – OK!!

On the night of July 24th in Lancaster VN-O. 50 Sqdn Skellingthorpe we were on route to Stuttgart when we were attacked by a german night fighter. Which shot away our bomb bay door. Damaged the starboard landing gear Fractured the main spar and put 5-6 cannon shells in the fuel tanks, on a 2nd attack the gunners shot the attacker down. We all agreed to carry on to the target, on arriving back at Base we were told to orbit until all the other A/C were down – On inspection we found that the cannon shells were still there. They were removed and were emptied. They were found to contain SAND instead of explosive – which saved all our lives. A very lucky escape. After a Belly Landing our first big escape.