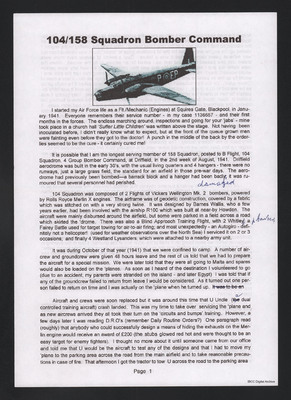 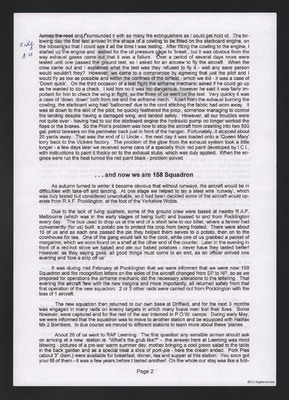 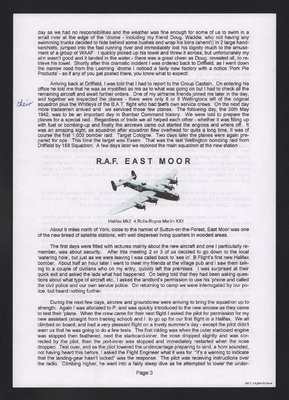 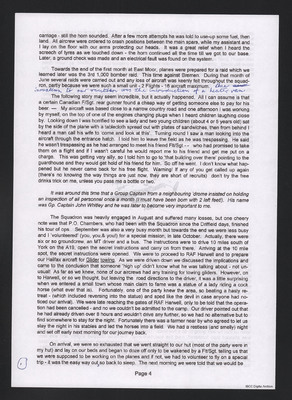 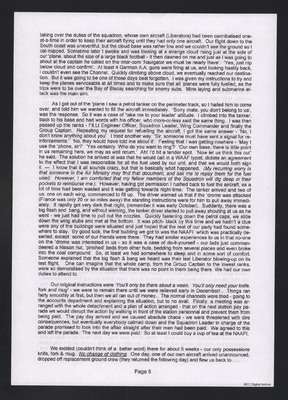 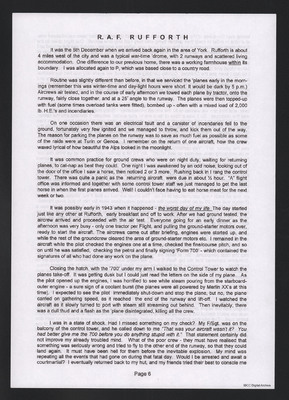 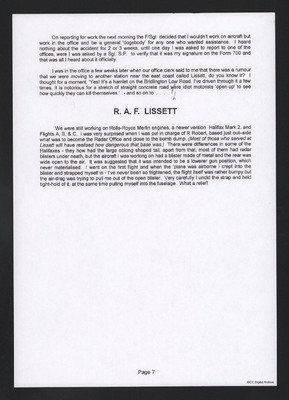 Wartime memoir covering Dennis Raettig's training at Blackpool and the posting to 104 Squadron at Royal Air Force Driffield in August 1941. Worked on Wellington aircraft and mentions that Driffield also hosted the blind approach landing flight operating Whitley and Battle aircraft. Tells of his time at Driffield including an attempt to deploy to Malta and deployment to RAF Pocklington during the winter. Notes that the squadron change number to 158 Squadron in February 1942. Relates training at RAF Leeming for squadrons eventual change to Halifax aircraft and preparations for the 1000 bomber operation on Cologne in May 1942 as well as the last Wellington operations shortly after. Goes on to tell of his time at RAF East Moor now with Halifax. with some anecdotal stories as well as relating story of a test flight and an abortive trip to RAF Harwell to prepare Halifax for glider towing. Describes another special operation trip to the south coast with problems with getting fuel for the aircraft. Talks of move to RAF Rufforth and describes routine as well as describing witnessing 'his' aircraft crashing on take off and its effect on him as the worst day of his life. Finally relates move to RAF Lisset.