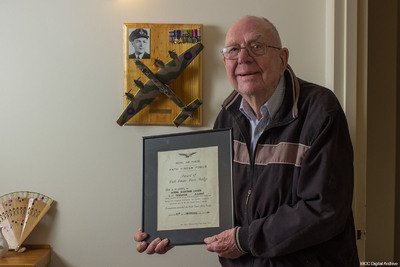 David Leicester grew up in Australia and worked as an office boy before he volunteered for the Royal Australian Air Force. He completed 68 operations as a pilot with 35, 158 and 640 Squadrons and as a Master Bomber with Pathfinders. He describes how he always kept his own parachute rather than hand it back and always asked the same person to pack it for him.