Three items. An oral history interview with Maxwell Alexander "Max" Spence (437564 Royal Australian Air Force), his log book and a photograph. He flew operations as a navigator with 460 Squadron. 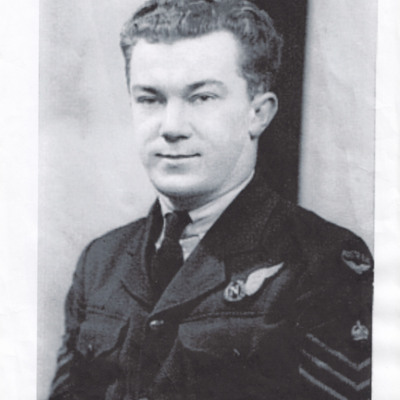 A head and shoulders portrait of M A Spence in uniform, showing navigator’s brevet and Flight Sergeant’s stripes.

Max Spence grew up in Australia and worked in a hardware store before he volunteered for the Air Force. He recounts his training in Canada and in England and life on an operational station. He flew 18 operations as a navigator with 460 Squadron.
View all 3 items