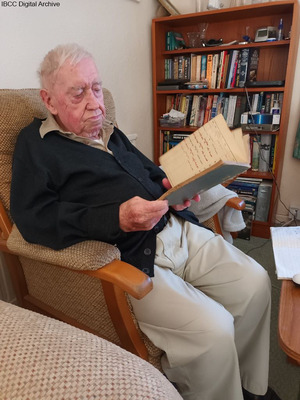 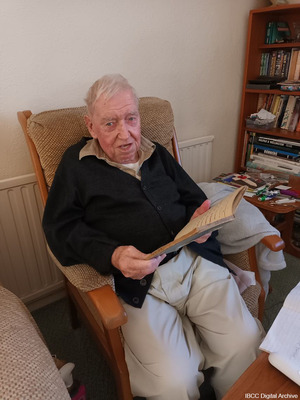 Cyril Mercier was born in Jersey in 1925. He joined the Home Guard in 1940 and the RAF in 1943. After initial training, and training on gunnery at Bridgnorth he joined 14 Operational training Unit at Abingdon, where he crewed up. He trained on Halifax, eventually joining 51 Squadron at RAF Snaith. On his second operation to Amiens his aircraft was damaged and the bomb aimer was injured. The pilot made a Darkie call and landed the damaged aircraft at RAF Dunsfold. On their journey across London on the Underground dressed in their flying gear, the passengers had a collection for them of 100 cigarettes. He and his crew joined 171 Special Duties Squadron which operated Lancasters using Mandrel jamming equipment. His last operation was to Leipzig. The aircraft was coned by searchlights and badly damaged. He was posted to RAF Hutton Cranswick as a controller’s assistant with 1 Spitfire Squadron. After being posted to RAF Llanbedr he was demobbed from the RAF.