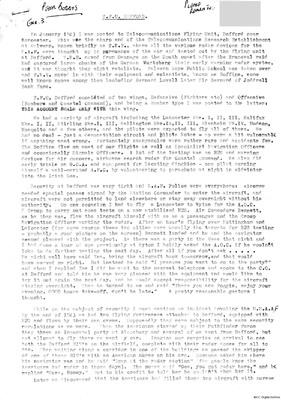 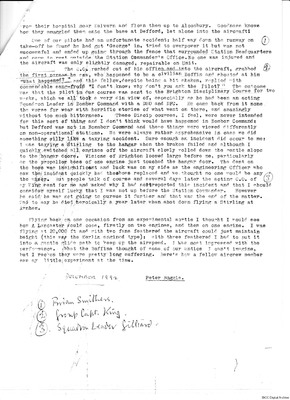 Neil Ramsey's account of his time at the Telecommunications Flying Unit, Defford, Worcester. The unit was divided into a defensive and an offensive section and because of his experience he was posted to the bomber section.
Various aircraft were fitted with radar equipment for testing and evaluating. He discusses several incidents and accidents involving his and other aircraft.