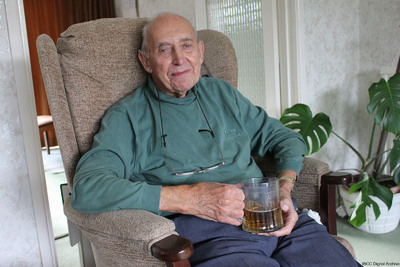 Ted Stocker began his RAF career at Halton in 1938. He went on to have a varied career as a flight engineer with several squadrons and as an instructor. He was a member of Pathfinders and accompanied the master bomber on a number of operations. Describes a crash landing after they ran out of fuel. Over his career Ted went on one hundred and eight operations.