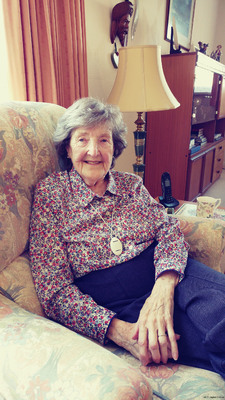 Jean Culkin grew up in Sunderland and worked as a tea girl and then a typist in a reserved occupation. She discusses her life and her wedding to her husband, John George Mackel Culkin. He was an apprentice at RAF Halton before becoming a fitter (engines). He served with 35 Squadron at RAF Leeming before being posted overseas to North Africa and Italy. After the war Jean accompanied her husband on postings to Germany and Hong Kong.