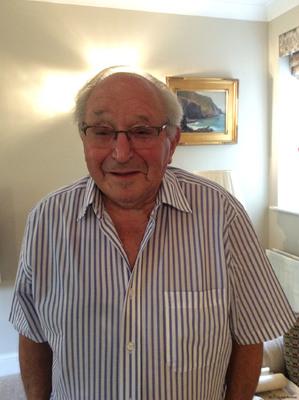 Ronald Davis grew up in the East End and worked in London as a solicitor’s office boy. He joined the RAF and trained as a fitter airframe. He was saddened when the pilot of the aircraft he services did not return from operation because they had got along so well. He and the other ground crew would also have to manually light flares to guide the aircraft on to the runway if the Drem lights were covered with snow. He also describes dealing with air crashes and sights that have stayed with him throughout his life.