Interview with Robert Barnes. One 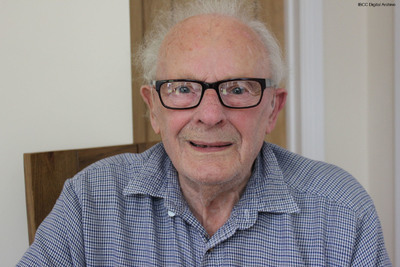 Interview with Robert Barnes. One

Robert Barnes was working in a Reserved Occupation and so knew the only way he could join the RAF was to volunteer for aircrew. Before he volunteered he was also a member of the ARP and Home Guard. Robert trained as a flight engineer and was posted to 50 Squadron at RAF Skellingthorpe. Robert’s pilot was James Flint DFC GM DFM who became the Commanding Officer of 50 Squadron.