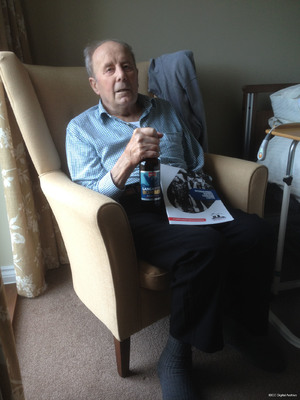 William Coulton was born in Derbyshire and worked as an errand boy for the Co-Op until he joined the Royal Air Force in 1943, aged 18. He trained as a flight mechanic and was posted to 115 Squadron at RAF Witchford where he worked on Lancasters. He was later posted to Palestine with 32 Squadron where he worked on Spitfires. He was demobbed in July 1945 and married his girlfriend Hilda Elsie who he had met serving in the Navy, Army and Air Force Institute. After the war he moved to North Luffenham and worked as a motor mechanic.