Interview with Rusty Waughman. One 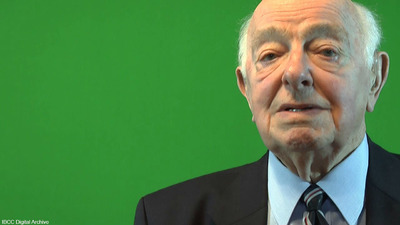 Interview with Rusty Waughman. One

He discusses a mid-air collision during an operation with 101 Squadron. to Hasselt. He describes what it was like prior to a operation and the feelings experienced by the crew, from seeing the battle orders on the notice board, the pre-flight meal, the briefing and the tension and atmosphere on the crew bus out to the aircraft as well as the rituals that some of the crew undertook.