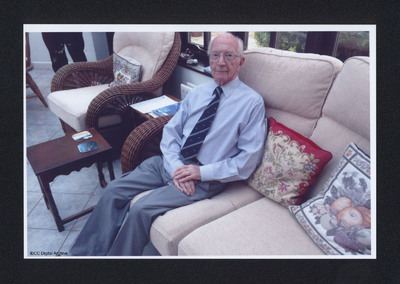 David Wilkie was born in Edinburgh. He volunteered for the RAF and began training as a flight engineer. While training at St Athan he met his future wife, Kathleen. He was posted to 432 Squadron with a Canadian crew. He witnessed the gathering of the armada sailing towards the beaches of Normandy on D-Day. After his tour he was posted to Ceylon as an administrator dealing with court martial cases.