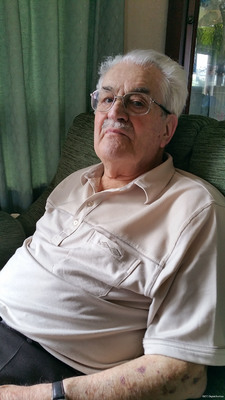 Erik Wilkin worked on the railways before he joined the RAF. Initially he wanted to be a pilot but it would be a significant wait for training. He trained as an air gunner and was posted to 115 Squadron. On one occasion his aircraft made an emergency landing at RAF Woodbridge after been attacked by a Ju 88. On another occasion he was injured in the leg from a shell splinter. Eric’s first pilot showed him how to fly the aeroplane so he would be able to take over if the pilot was injured. Eric was awarded the DFC and bar but did not receive any courtesy in its award.