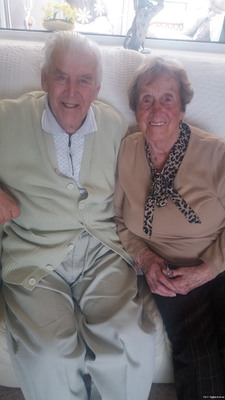 Alan Morgan was an apprentice toolmaker and therefore working in a Reserved Occupation when he volunteered for air crew with his friend and fellow apprentice. His friend was killed on his first operation. Alan trained as a flight engineer. On one operation the wireless operator lost consciousness when he was trying to get the door closed that had been blown open when they were attacked. Alan helped him but while he also tried to get the door closed he lost consciousness. His hands were exposed and during this time he developed frostbite. Alan was sent to East Grinstead to the care of Sir Archibald McIndoe and became a member of the Guinea Pig Club.