Six items. An oral history interview with Alan Morgan (b. 1923, 1589714 Royal air Force) and five photographs. He served as a flight engineer and lost his fingers to frost bite.

The collection has been loaned to the IBCC Digital Archive for digitisation by Alan Morgan and catalogued by Archive staff. 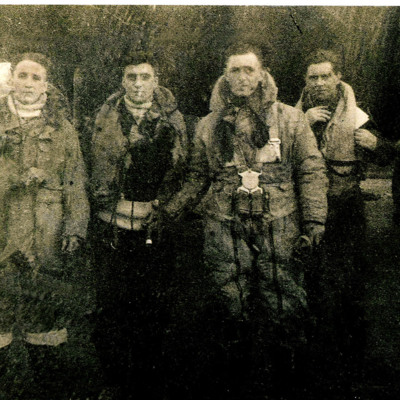 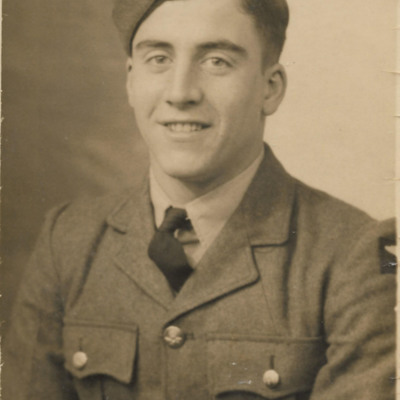 Half length portrait of Alan Morgan in uniform.

Three airmen including Alan Morgan, a man and a woman 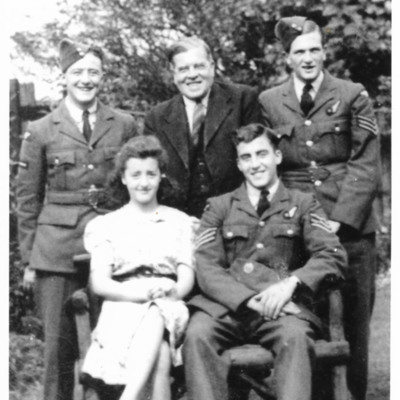 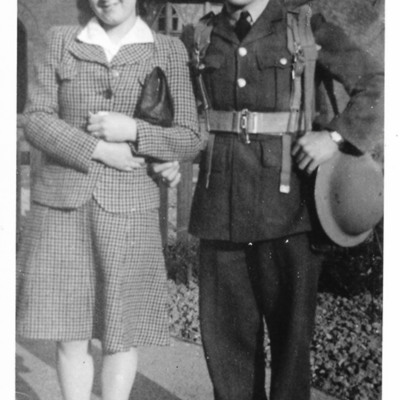 Standing outside a house. He is wearing his RAF uniform with a trainee flash on his side cap. He has a hard hat and gas mask. She is wearing a checked suit and is carrying a handbag.

Sergeant Alan and Ella Morgan on their wedding day. Alan is in uniform with a half brevet and sergeant's stripes. His hands are bandaged. Ella is in a pale wedding dress with headdress, veil and large bouquet. 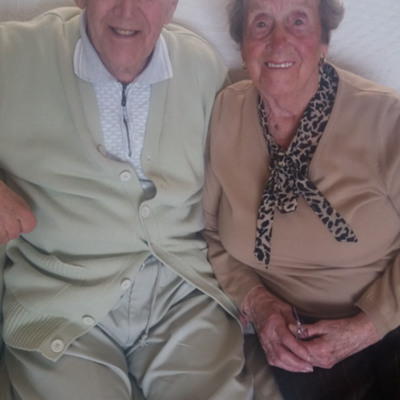 Alan Morgan was an apprentice toolmaker and therefore working in a Reserved Occupation when he volunteered for air crew with his friend and fellow apprentice. His friend was killed on his first operation. Alan trained as a flight engineer. On one…
View all 6 items