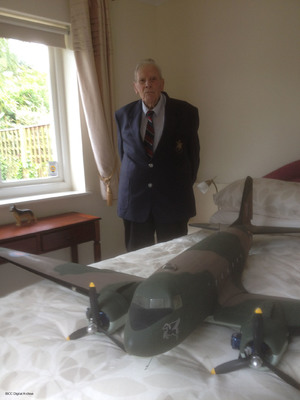 Raymond Barnes worked in factories before he joined the RAF. He trained as an engine fitter. He was posted to the Mediterranean, the Middle East and the Far East. He was servicing Spitfires for 242 Squadron and then Dakotas for 267 Squadron. He was present at the arrival of the Japanese delegation to sign the surrender of their forces. When he was expecting to be posted home from Burma he was told he would be flying out to a new posting in India. After protesting he returned home and was told that the flight he would have been on to India had crashed with no survivors.