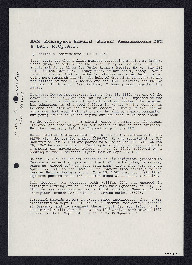 Biography of Rohan Amerasekera. Consist of early life, war service in the RAF including training eventually as as a navigator. Operational tours on 158 Squadron and 35 Squadrons. Lists his crew. Awarded Distinguished Flying Cross in January 1944. Final operational tour with 640 Squadron, lists two crew he flew with. Returned to 158 Squadron and awarded bar to DFC in may 1945. Continues with some personal recollections, promotions and courses. Concludes with return to Sri Lanka and service in the Royal Ceylonese Air Force. Notes that he was the first Ceylonese Commander of the Royal Ceylon Air Force and he died in 1974.