The collection concerns material from the 102 Squadron Association and contains part of a Tee Emm magazine, documents, photographs, accounts of Ceylonese in the RAF, a biography, poems, a log book, cartoons, intelligence and operational reports, an operations order and an account by a United States Army Air Force officers secret trip to Great Britain to arrange facilities for American forces.

The collection has been loaned to the IBCC Digital Archive for digitisation by Harry Bartlett and catalogued by Nigel Huckins. 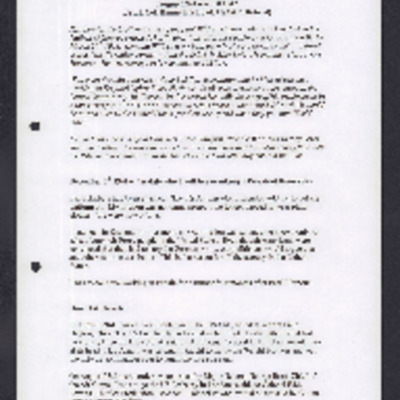 Written by Ken Boyd the brother-in-law of a Bomber Command pilot Wilfred Comrie who was killed in a crash at RAF Pocklington in March 1943. Wilfred was an American who joined the RCAF in May 1941 and served on 102 Squadron. Ken Boyd was a first… 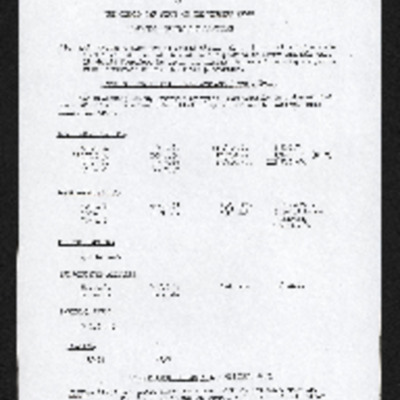 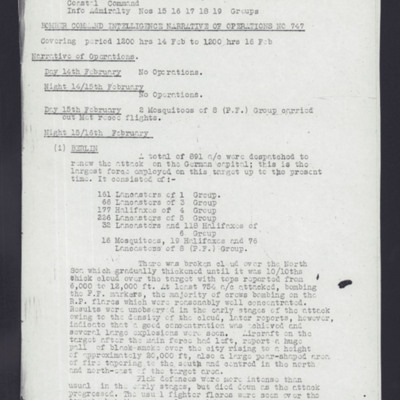 Mentions day operations by two Mosquitos on 15 February. Gives description of night operation to Berlin with total of 891 aircraft dispatched. Lists types and numbers. Gives outline of weather and account of operation, results of bombing, amount of… 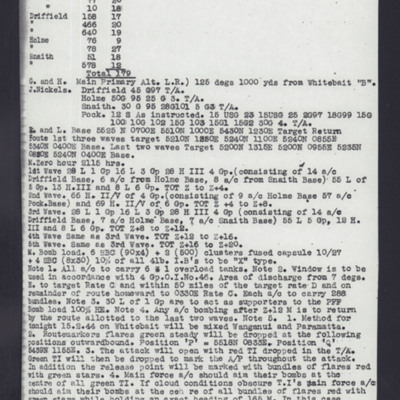 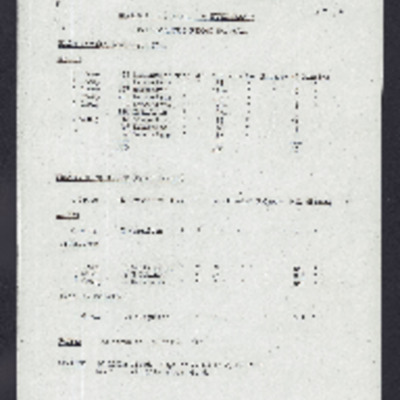 Details of operation to Berlin on 15/16 February 1944. Gives numbers of Bomber Command aircraft involved for 1, 3, 4, 5, 6 and 8 Groups. Details other targets - spoof to Frankfurt, Mosquitos to Aachen and mine laying. Weather, Enemy raid reaction -… 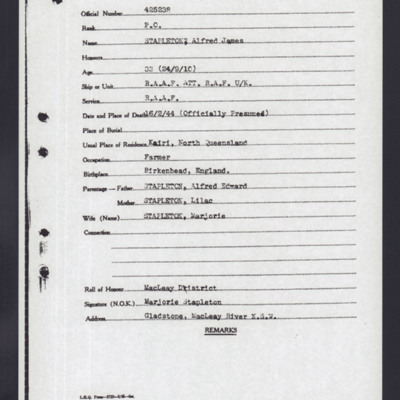 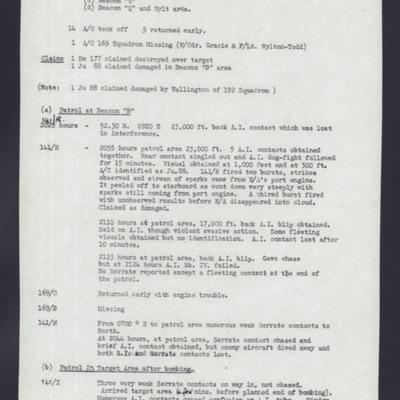 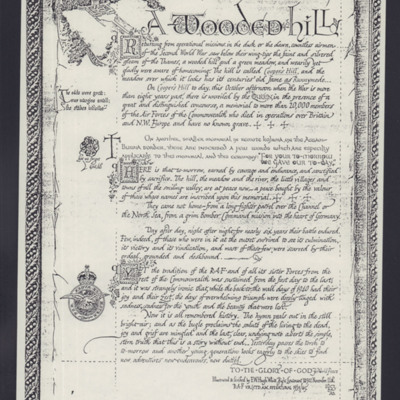 Eulogy concerning unveiling of the Runnymede memorial and those who died with no known grave. Also acknowledges the Kohima memorial. Goes on with brief explanation of RAF role in the war. Two members of the women's auxiliary air force taking. One has shiny leading aircraftwoman badge on arm of uniform. Caption 'I wondered how you got it!!!'. 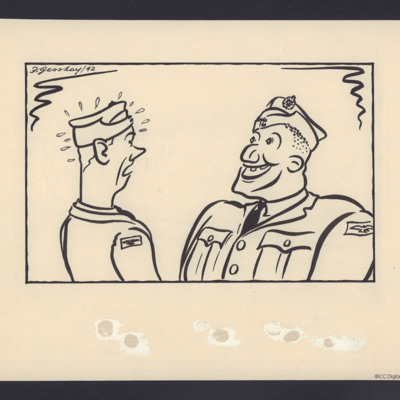 Two airman talking, one sweating, the other smiling. On the reverse 'You'll get used to it!'.

Cartoon - in the NAAFI 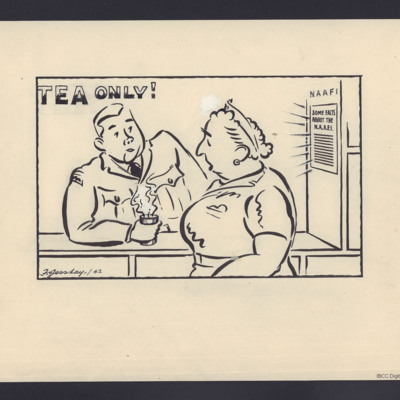 An airman leaning on a counter with a mug of tea talking to a NAAFI serving lady. Above is a sign 'Tea Only'. On the reverse 'Is it Tea!!!'. 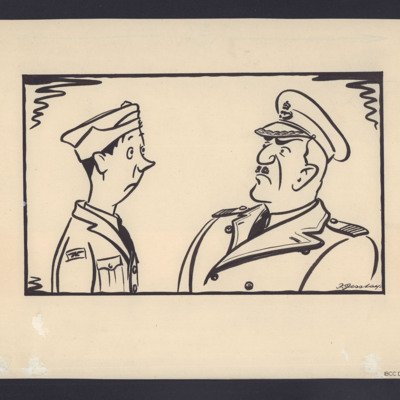 Airman facing a senior officer wearing greatcoat and peaked cap. On the reverse 'I understand you have been rude to the Station Warrant Officer?, Not at all sir ..... I merely told him to "wrap up"'. Note 'This drawing must not be reproduced without… 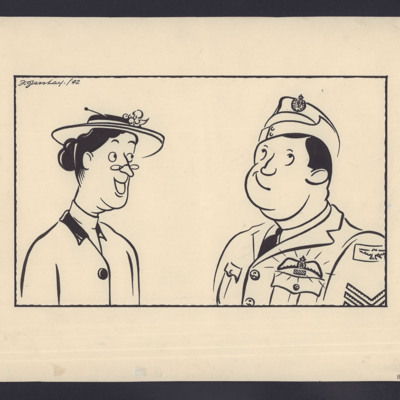 Drawing of a lady wearing hat talking to a sergeant pilot wearing uniform with a shiny pilot's brevet and Distinguished Flying Medal ribbon. On the reverse 'Do you fly, sonny?'. 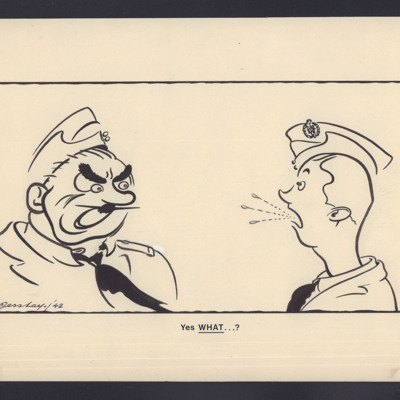 Drawing of an airman being berated by an angry non-commissioned officer. Captioned 'Yes What ?'. On the reverse 'Yes What!!!?'. 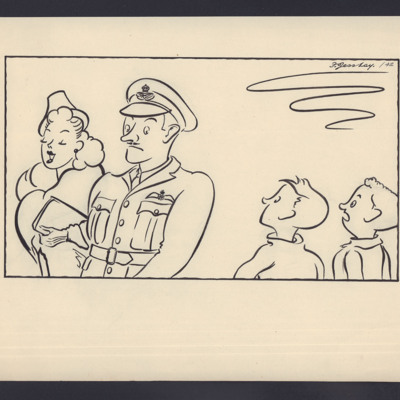 Pilot with well dressed woman walking past two small boys. Captioned 'Crikey!! Is that your sister?'. 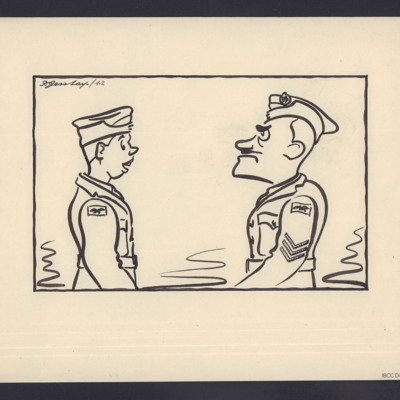 Drawing of an airman talking to sergeant. On the reverse 'L.A.C. F J Lay 13559224, camouflage supervisor, Pocklington airfield Yorks'. Caption "What did you say?......Some sergeants"'. 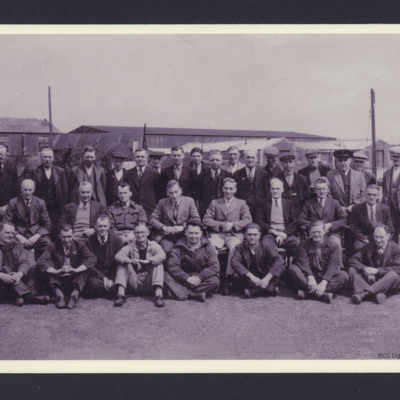 A large group of civilians sitting and standing in three rows with huts in the background. On the reverse 'Air Ministry maintenance work force, Pocklington Airfield, Yorks, during the "forties war". 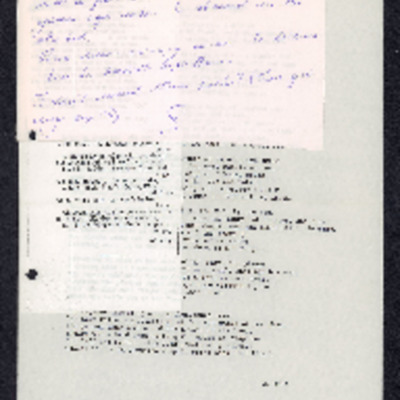 Document with poems attached over long poem by W King. Note that he was 'our' mid-upper gunner but did not realise he was a poet. Note and poems pinned over the same main text which is can be read on final page. First partial poem about aircrew not… 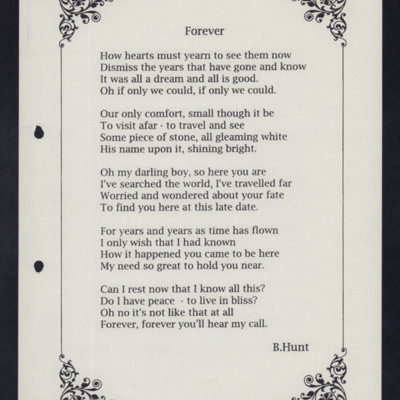 Five verse poem about those left behind of lost men. 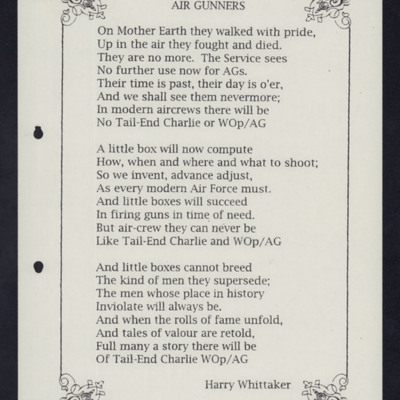 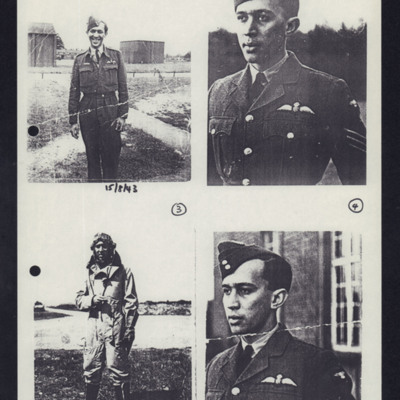 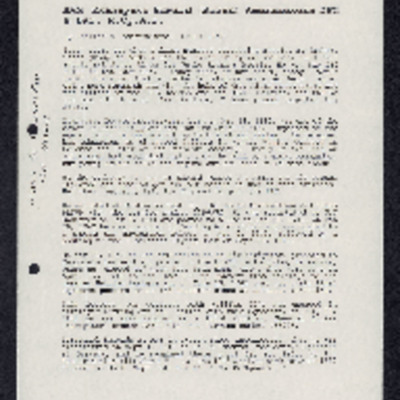 Biography of Rohan Amerasekera. Consist of early life, war service in the RAF including training eventually as as a navigator. Operational tours on 158 Squadron and 35 Squadrons. Lists his crew. Awarded Distinguished Flying Cross in January 1944.… 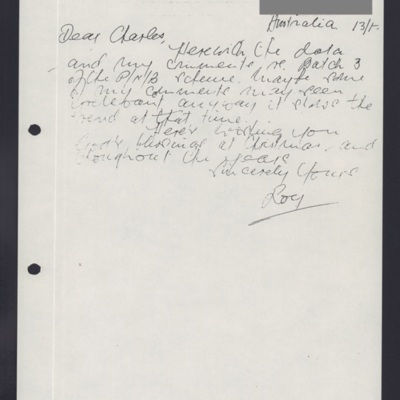 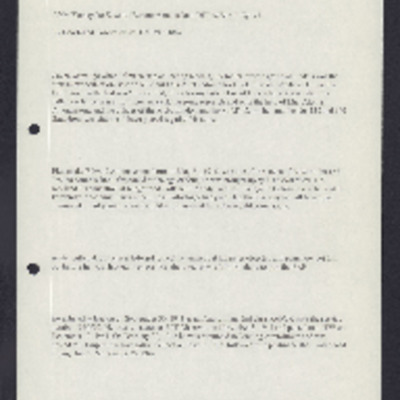 Biography of Rohan Amerasekera. Consist of early life, war service in the RAF including training eventually as as a navigator. Operational tours on 158 Squadron and 35 Squadrons. Lists his crew. Awarded Distinguished Flying Cross in January 1944.…
View all 31 items