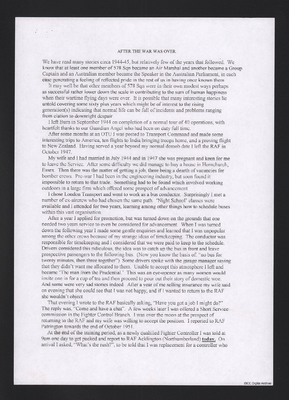 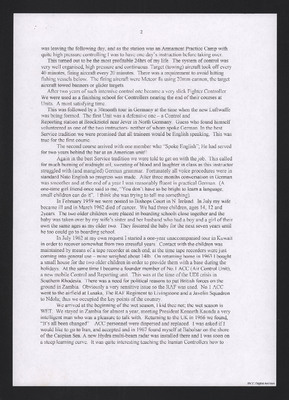 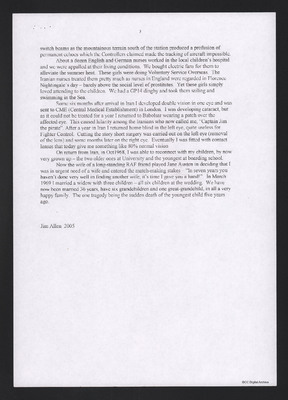 Jim Allen's experiences after the end of the war. He married in 1944 and had three children. His first job was as a bus conductor, then an insurance agent but he was unhappy so rejoined the RAF. He trained as a Fighter Controller and was posted to RAF Acklington, Germany then Ireland. His wife died in 1962. He did tours in Kuwait, Rhodesia, Zambia then Iran. He remarried in 1969.

Jim Allen, “After the War was Over,” IBCC Digital Archive, accessed January 18, 2022, https://ibccdigitalarchive.lincoln.ac.uk/omeka/collections/document/16299.