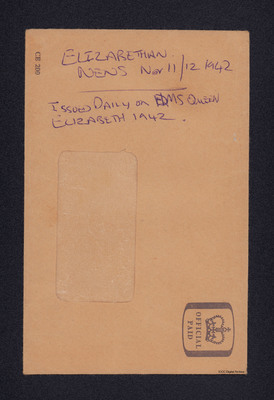 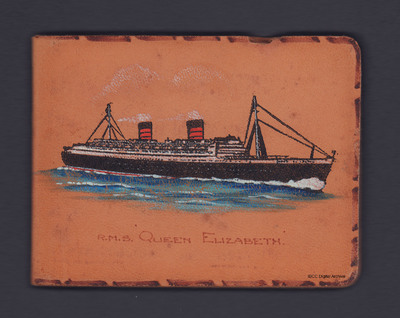 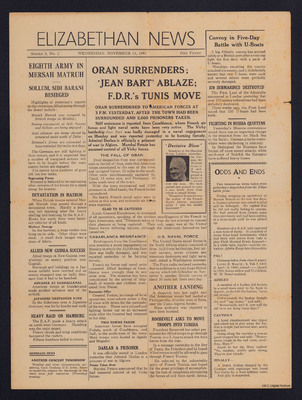 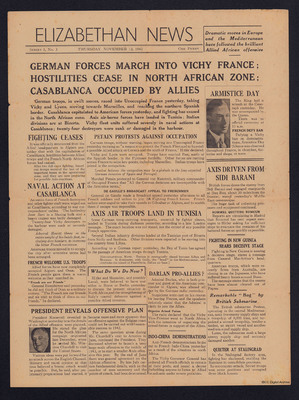 Two newspaper sheets, an envelope and a coloured drawing