18 items. The collection concerns Flight Lieutenant James Henry Allen DFC (b. 1923, 179996 Royal Air Force). He flew a tour of operations as a pilot with 578 Squadron. The collection consists of a number of memoirs, photographs and a diary. It includes descriptions of military life and operations and his post-war life and work.

The collection has been loaned to the IBCC Digital Archive for digitisation by Steve Allen and catalogued by Barry Hunter. 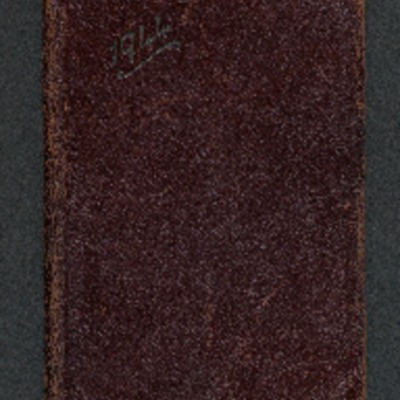 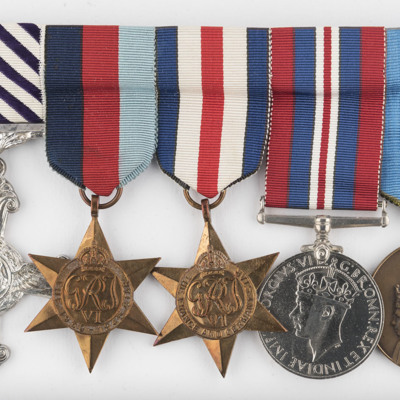 Poem describing the hardship of wartime service, stressing the emotional strain of operations and the longing for rest. 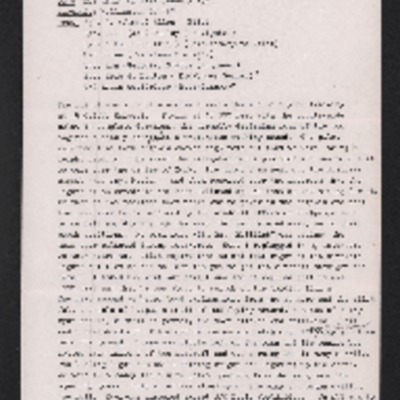 The story of a complete engine failure in Wellington LN 487 over York at 15,000ft at night. The aircraft was over York and crash-landed safely. The rear-gunner had been knocked unconscious but was unhurt, as were the rest of the crew. A document written by Jim Allen's navigator. He describes his early training and difficulties when navigating in the UK, Jim Allen's skills, his own behaviour on the aircraft, flying under a bomber shortly before the target, his relief at surviving… 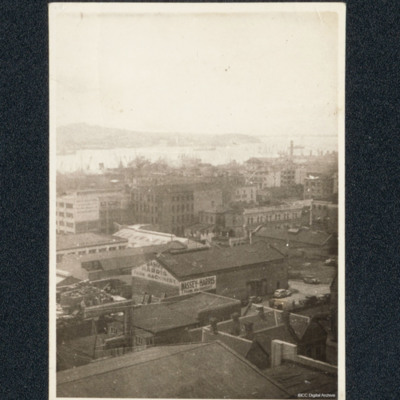 A roofscape view of Auckland with offices and buildings, behind is the coast. On the reverse 'Auckland NZ 1946'. 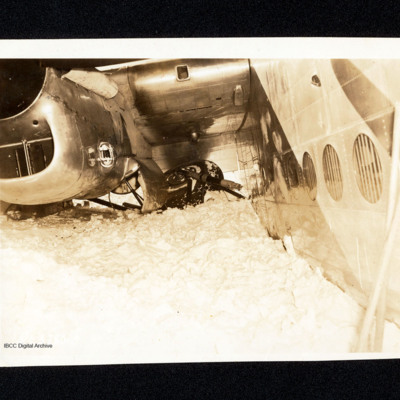 Close up of the collapsed starboard undercarriage of an Avro York, in the snow. On the reverse 'Ottawa 1946'. 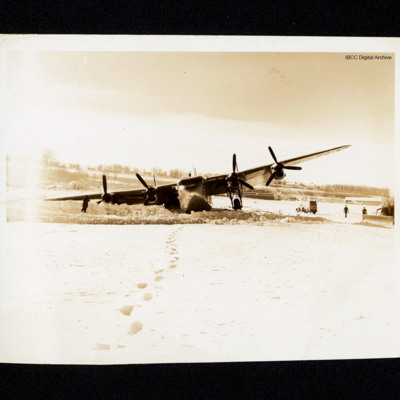 Front view of an Avro York with starboard undercarriage collapsed in the snow. On the reverse 'Me in flat cap extreme right of photo Ottawa 1946 MW102 Prime Minister's a/c Passenger: J Strachey Minister of Food'. 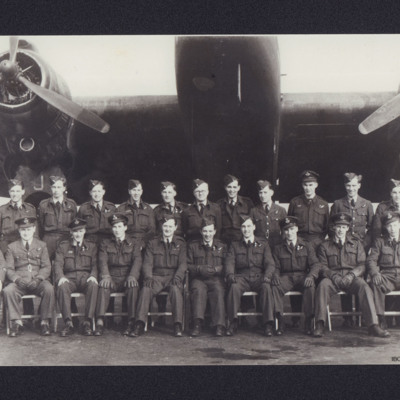 A group of airmen arranged in two rows in front of a Halifax. 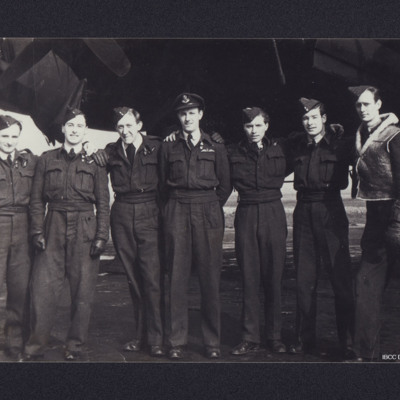 Seven airmen standing under the front of a Halifax. On the reverse 'W/O DEGRYCE'. 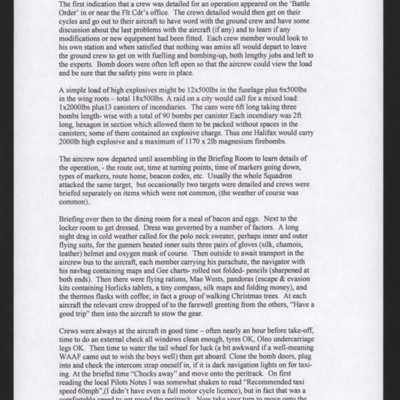 A description of what happened before and during and operation. The battle order was posted, the crew checked over their aircraft, the bomb load was planned, the crew received their briefing, dinner was eaten (bacon and eggs), they dressed,… 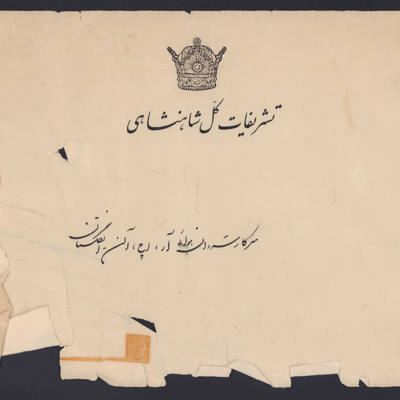 A certificate written in Farsi by the Shah of Iran

The Awful End of Astro

An explanation of the end of astro-navigation on board bomber aircraft in addition to GEE navigation. Navigators were required to carry sextants and take three astro readings every hour. One night the wrong astro-projector settings were supplied and…

A Love Story by Grandad An account of Jim Allen's life from 1941 to 1997. He details meeting his future wife and their intermittent courtship. There is great detail about his social life and relationship with his future wife. There are two pages of photographs:
First page:… 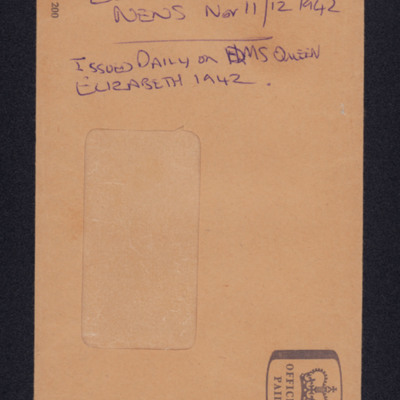 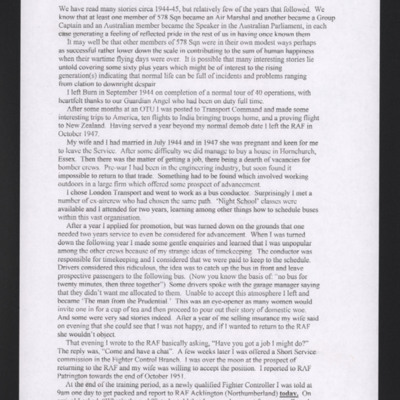 Jim Allen's experiences after the end of the war. He married in 1944 and had three children. His first job was as a bus conductor, then an insurance agent but he was unhappy so rejoined the RAF. He trained as a Fighter Controller and was posted to…
View all 18 items