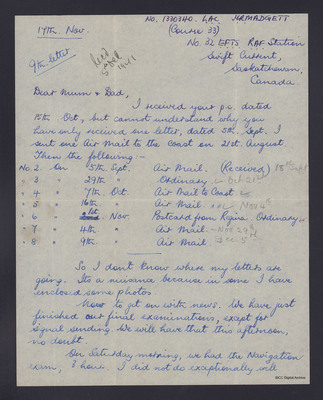 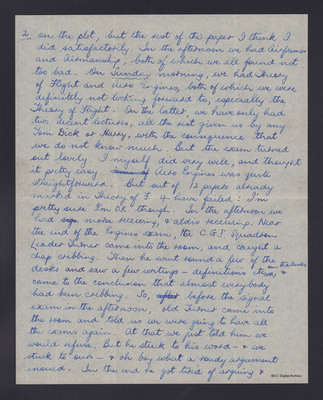 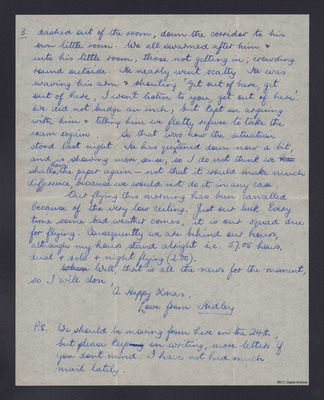 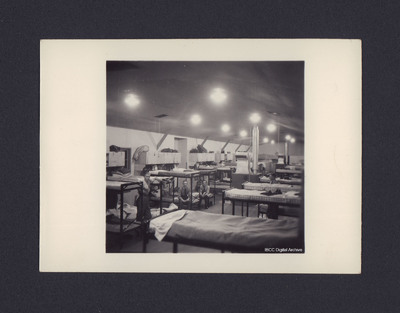 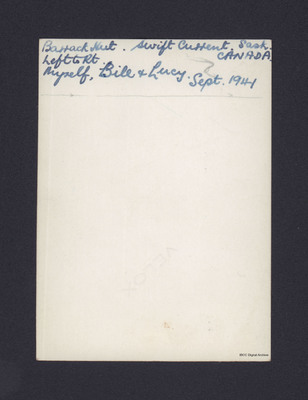 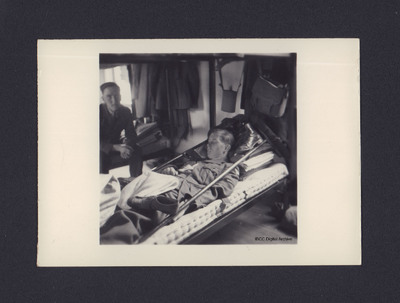 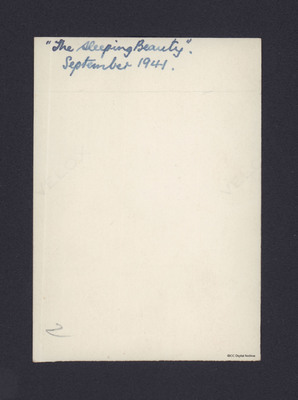 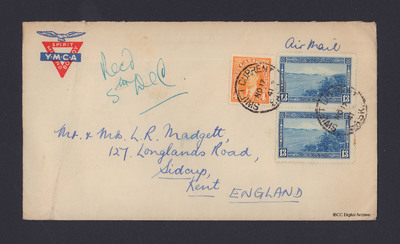 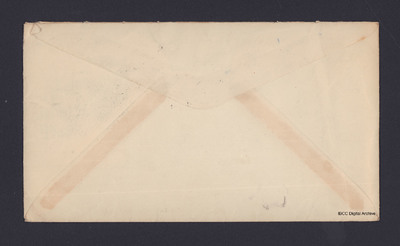 Cannot understand why they have received so few letters from him and lists those he has sent. Continues that he has finished final examinations and describes navigation exam. States that they other exams and in particular theory of flight for which they had had few lectures. Mentions that some people have failed examinations. Writes that the C.G.I came into room and caught someone cribbing on the engines paper and then on inspection that all had been cheating and that they would have to retake exam. Continues describing students confronting him and refusing a retake. Concludes with some comments on flying and weather.
Photograph 1 - a barrack room with many double bunks with lockers above; There are two airmen sitting on lower bunks and one standing. On the reverse 'Barrack Hut. Swift Current Sask, Canada, left to right Myself, Bill and Lucy, Sept 41'.
Photograph 2 - Hedley Madgett wearing unbuttoned tunic laying asleep in a bed. Equipment and clothes hanging from top bunks. An airman is sitting on a bunk bed to the left. On the reverse ' The sleeping beauty, September 1941'.

So I don’t know where my letters are going. It’s a nuisance because in some I have enclosed some photos.
Now to get on with news. We have just finished our final examinations, except for signal sending. We will have that this afternoon, no doubt.
On Saturday morning, we had the Navigation exam, 3 hours. I did not do exceptionally well
[page break]
[underlined] 2. [/underlined] on the plot, but the rest of the paper I think I did satisfactorily. In the afternoon we had Airframes and Airmanship, both of which we all found not too bad. On [underlined] Sunday [/underlined] morning, we had theory of Flight and Aero Engines, both of which we were definitely not looking forward to, especially the Theory of Flight. On the latter, we have only had two decent lectures, all the rest given us by any Tom Dick or Harry, with the consequence that we do not know much. But the exam turned out lovely. I myself did very well, and thought it pretty easy. [deleted] Some of [/deleted] Aero Engines was quite straightforward. But out of 12 papers already marked in theory of F. 4 have failed: I’m pretty sure I’m O.K. though. In the afternoon we had [deleted] sign [/deleted] morse receiving, & aldis receiving. Near the end of the Engines exam, the C.G.I. Squadron Leader Turner came into the room, and caught a chap cribbing. Then he went round a few of the desks and saw a few writings – definitions etc [inserted] on the desks [/inserted], & came to the conclusion that almost everybody had been cribbing. So, [deleted] after [/deleted] before the signal exam in the afternoon, old Turner came into the room and told us we were going to have all the exams again. at that we just told him we would refuse. But he stuck to his word - & we stuck to ours - & oh boy what a rowdy argument ensued. In the end he got tired of arguing &
[page break]
[underlined] 3. [/underlined] dashed out of the room, down the corridor to his own little room. We all swarmed after him & into his little room, those not getting in, crowding round outside. He nearly went scatty. He was waving his arm & shouting “Get out of here, get out of here, I won’t listen to you, get out of here”. We did not budge an inch, but kept on arguing with him & telling him we flatly refuse to take the exam again. so that was how the situation stood last night. He has quietened down now a bit, and is showing more sense, so I do not think we [deleted] hav [/deleted] shall [inserted] have [/inserted] the paper again – not that it would make much difference, because we would not do it in any case.
Our flying this morning has been cancelled because of the very low ceiling. Just our luck. Every time some bad weather comes, it is our squad due for flying. Consequently we are behind our hours, although my hours stand alright i.e. 57.05 hours, dual & solo & night flying (2.00).
[deleted] When [/deleted] Well, that is all the news for the moment, so I will close,
A Happy Xmas,
Love from [underlined] Hedley [/underlined]
P.S. We should be moving from here on the 24th., but please keep[deleted]ing [/deleted] on writing, more letters if you don’t mind. I have not had much mail lately.
[page break]
[photograph]
[page break]
Barrack Hut. Swift Current. Sask. CANADA.
Left to Rt.
Myself, Bill & Lucy. Sept. 1941
[page break]
[photograph]
[page break]
“The Sleeping Beauty”.
September 1941.
[page break]
Air Mail
[inserted] Recd 5th [underlined] Dec. [/underlined][/inserted]
[postage stamps][postmarks]
Mr. & Mrs. L.R. Madgett,
127. Longlands Road,
[underlined] Sidcup, [/underlined]
[underlined] Kent [/underlined]
[underlined] ENGLAND [/underlined]
[page break]
[back of envelope]