250 items. The collection concerns Pilot Officer Hedley Madgett DFM (1922 - 1943, 147519, 1330340 Royal Air Force), a pilot with 61 Squadron. He was killed 18 August 1943 on the last operation of his tour from RAF Syerston to Peenemünde. The collection consists of letters, postcards and telegrams to his parents while he was training in the United Kingdom and Canada. In addition the collection contains memorabilia, documents from the Air Training Corps, artwork, a railway map, diaries, medals as well as his logbook, photographs of people, places and aircraft. Also contains letters of condolence to parents and a sub collection containing a photograph album with 44 items of his time training in Canada'.

The collection has been donated to the IBCC Digital Archive by Joan Madgett and Carol Gibson, and catalogued by Nigel Huckins.

Additional information on Hedley Madgett is available via the IBCC Losses Database.

Comrades unconscious, he carried on 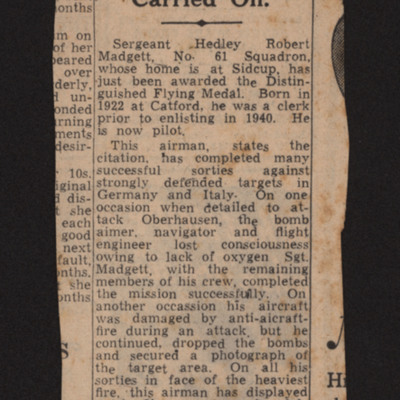 Account of action for which Hedley Madgett was awarded the Distinguished Flying Medal. Citation states many successful operations including one to Oberhausen when some crew lost consciousness due to lack of oxygen but he completed operation… 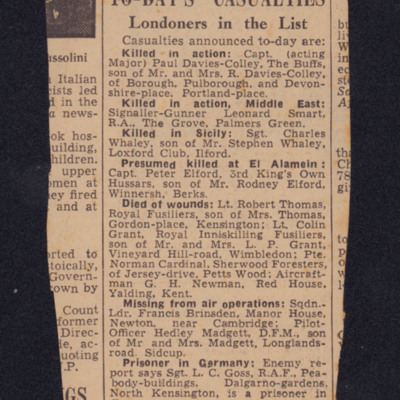 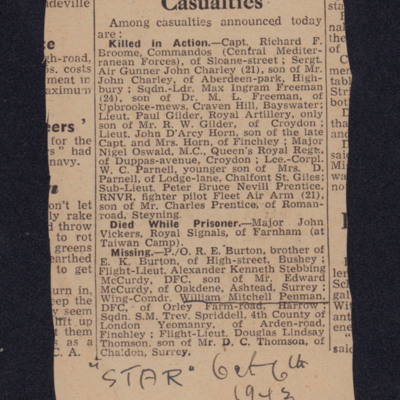 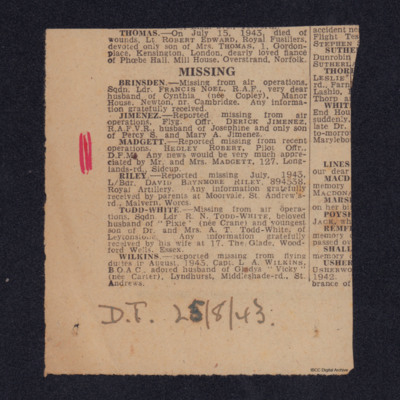 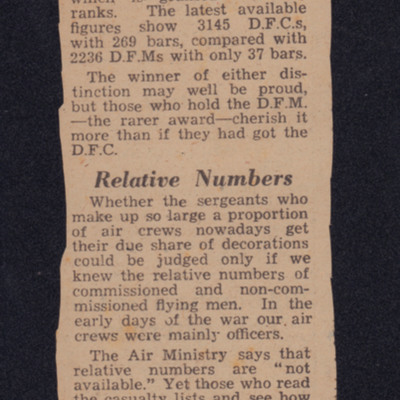 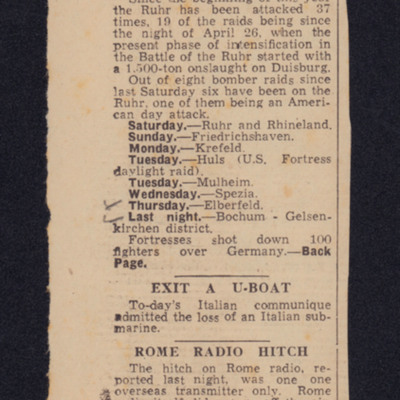 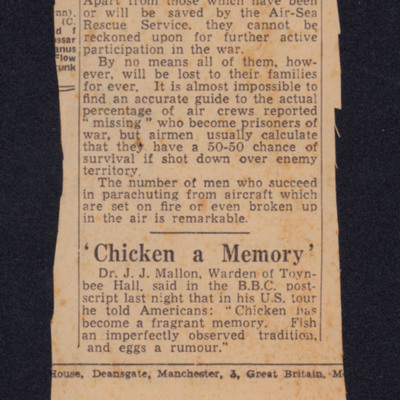 Article mentions aircrew nearly 1000 aircrew losses when 137 bombers lost. Not all lost for ever, discussing chances of survival and becoming prisoner of war. 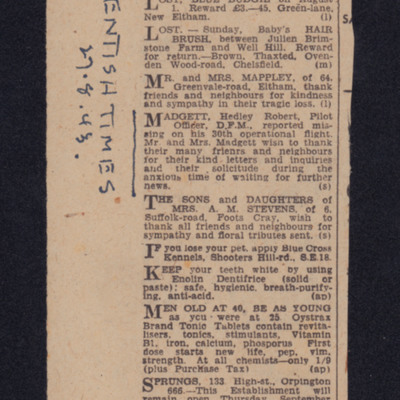 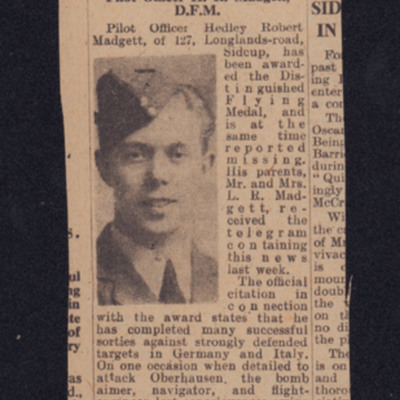 Notice of award of Distinguished Flying Medal at the same time as reported missing. Some details of citation for medal.

Roll of Honour - killed in action 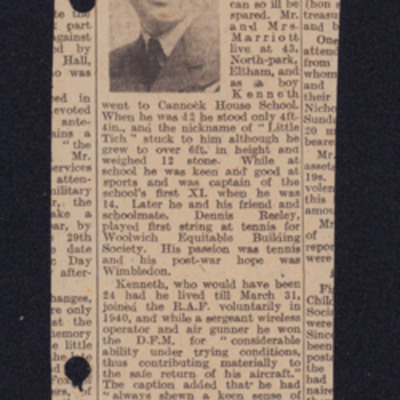 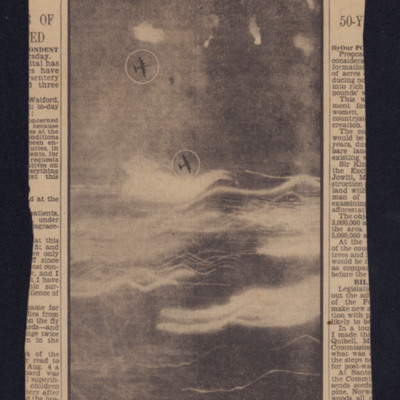 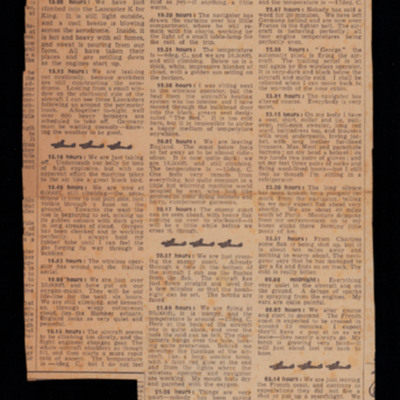 A minute by minute account of a night bomber operation on Germany. Found in the papers of an airman recently lost in action. Records every incident in flight of Lancaster. 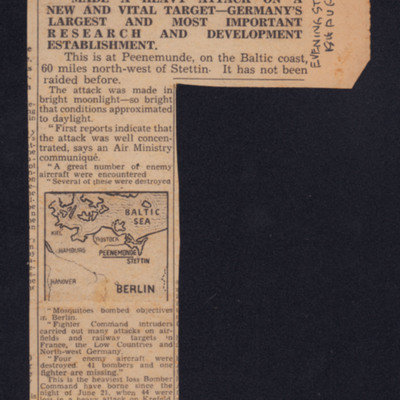 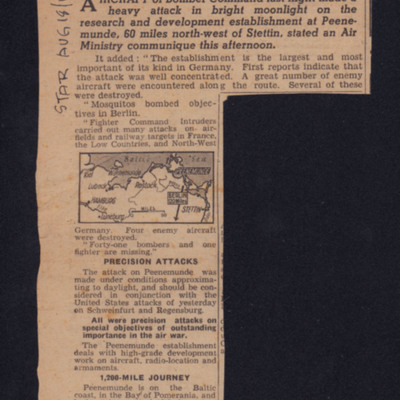 Account of operation on Peenemunde research and development establishment. Mentions diversion attacks and Mosquito operation against Berlin. Forty one bombers and one fighter missing. Was a precision attack. 1200 mile journey.

To a Prisoner of War 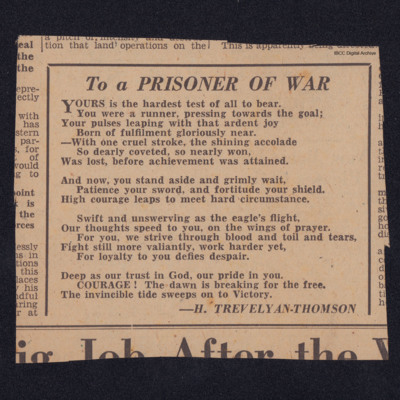 Poem about prisoners of war. 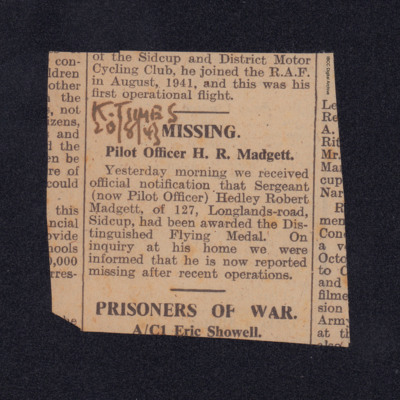 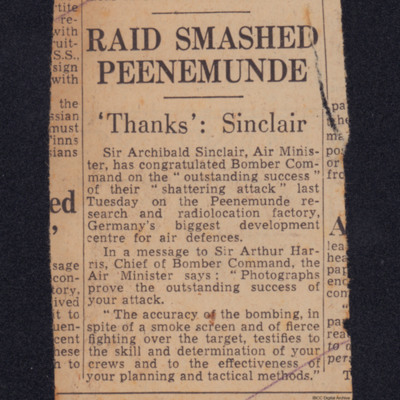 Sir Archibald Sinclair congratulates bomber command on the outstanding success of their attack on Peenemunde. 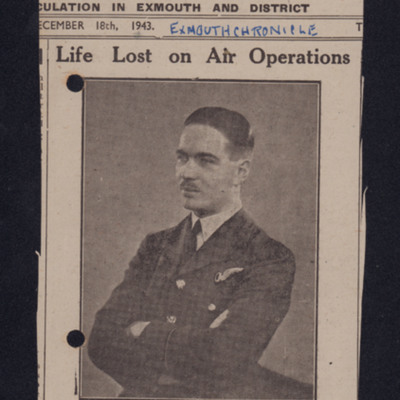 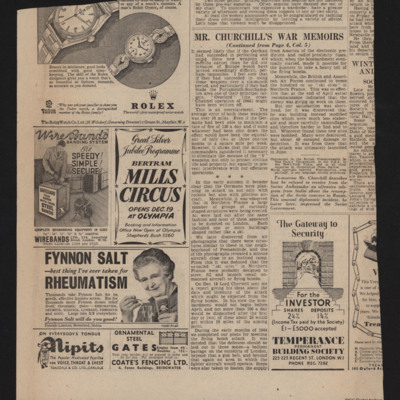 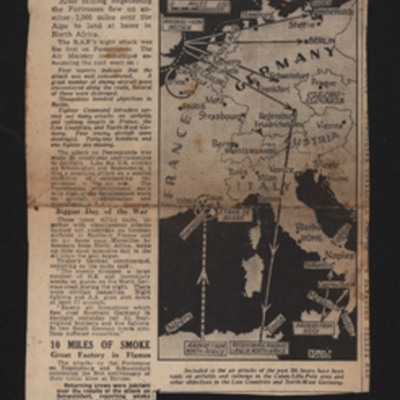 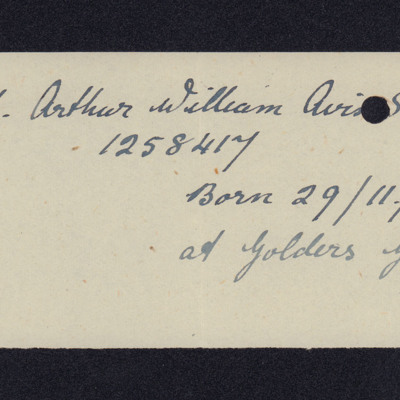 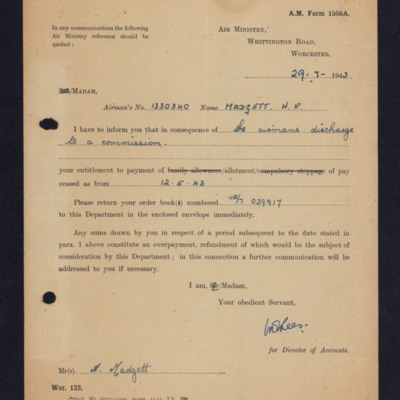 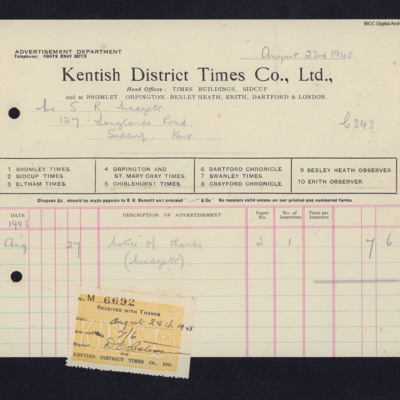 Invoice and receipt from Kentish District Times for 7 shillings and six pence for announcement on 27 August 1943. 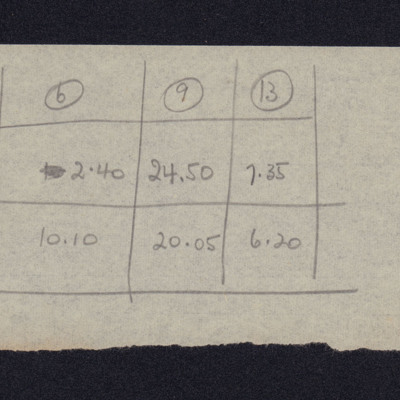 Table with three columns and two rows filled in with hours. 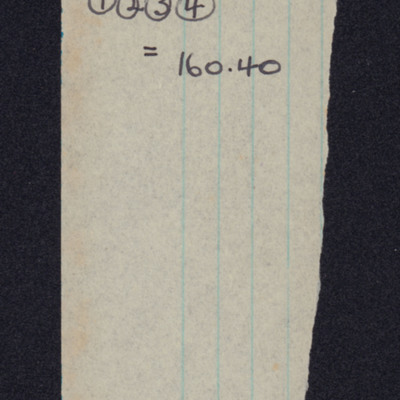