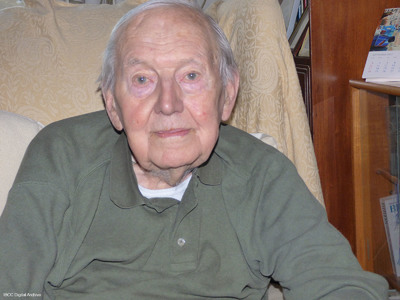 John Goldby was born in Kent but the family moved to London the year after. He was inspired to join the RAF when a schoolfriend joined and became a Spitfire pilot. John believes that it was a mid-air collision with a night fighter that led to his crash. He became a Prisoner of War at Stalag Luft 1. He kept a detailed diary of events leading to his eventual liberation and return to the UK. After demob he was soon bored with Civvy Street and returned to the RAF. He had an interesting post-war career including time as air attaché to the British Embassy in Paris.