The collection has been donated to the IBCC Digital Archive by John Goldby and catalogued by Barry Hunter. 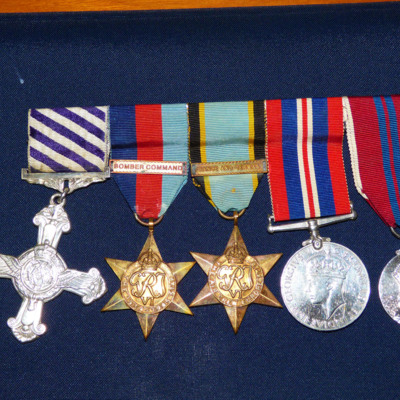 Telegram to John Goldby from his Mother Letter to John Goldby's Mother from the Air Ministry 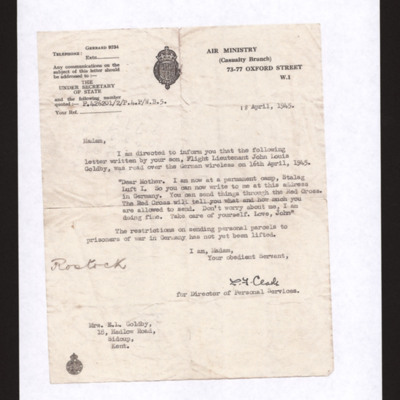 The letter advises that a message from John was read out over German radio. He says he is fine. The telegram advises that John is a prisoner of war and wounded. He complains about food and the shortage of it. He describes exercising and how they spent some of their day. Finally he mentions that he sent three cards but received none. Notes taken from a book 'Nobody Unprepared The History of 78 Squadron' by Vernon Holland. John was the bomb aimer on the Halifax. The history of 640 Squadron from its formation in January 1944.

Postcards from John Goldby to his Parents 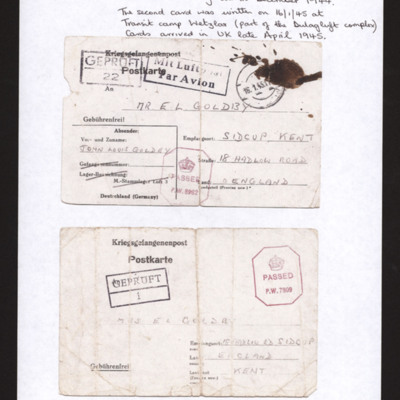 Two postcards written by John to his parents. He explains he has been in hospital with a broken ankle. A biography covering John's training and service in the RAF.

The long drawn out wait for John's return to the UK from the camp. 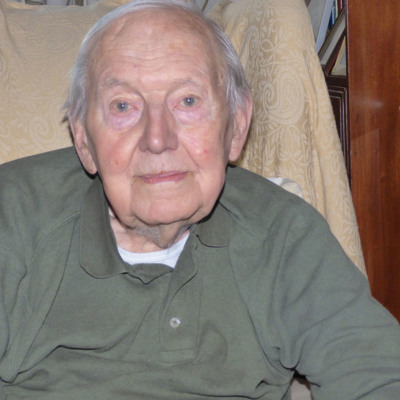 John Goldby was born in Kent but the family moved to London the year after. He was inspired to join the RAF when a schoolfriend joined and became a Spitfire pilot. John believes that it was a mid-air collision with a night fighter that led to his…
View all 12 items