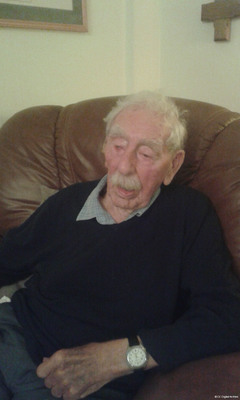 Alec Stuart Dixon volunteered for the Royal Air Force via the Royal Air Force Volunteer Reserve. After training he flew Beauforts and Ansons, then trained as a Hudson pilot. He flew convoy escort operations and reconnaissance flights looking for submarines and the Bismarck. Recollects flying over neutral Ireland. Alec volunteered for Photographic Reconnaissance Unit and flew over France, the Spanish border the Mediterranean and Peenemünde. Followed sustained damage on one operation he became an instructor, was posted to Gibraltar flying a Gladiator and a Lysander on meteorological flights. Successive posts were Cairo, then Palestine and Italy with 43 Squadron. After the end of the war, he returned to his old workplace then started a company with friends.