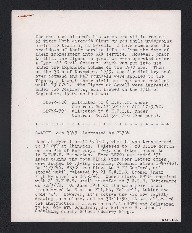 The enclosed aircraft histories are all in respect of Tiger Moth aircraft flown by you while undergoing ab-initio training at Sywell. I have commenced the breakdown of their service life as from the date of their impressment into RAF service. However, prior to this, the Tigers in question were operated under a Type ‘A’ Civil Contract which was put into use under the Expansion Scheme of the 1930 era. Then on the 30th of November, 1939, the Air Ministry took over command and RAF roundels were applied to the Tigers, although their civil markings were retained until 1940/41. The Tigers at Sywell were impressed under two Contracts, each issued on the 17th of September, 1940, as follows:

Used at Sywell throughout it’s entire career and was destroyed in a landing accident on 12/5/41.

On 27/8/47, BB697 was sold to a civilian operator, and was restored to the Civil Register, and during the early 1960’s it was still in use, registered to Westwick Distributors, Foulsham.

Sevred at Sywell throughout the war years, and was eventually released to store at 10 MU Hullavington. Struck off Charge on 22/5/50, BB706 was disposed of to W.A. Rollason Ltd., who in turn sold it to the D.H. Technical College for ground instruction purposes.
[page break]
G-ADGX c/n 3342 impressed as BB698

Continued in use at Sywell until 9/8/42, when it was flown to RAF Doncaster. Following a brief spell at Taylorcraft, BB698 was released to 5 MU Kemble on 24/6/43. From Kemble BB698 was transfered [sic] to the Royal Navy and delivered to RNAS Hinstock. Attached to 758 Squadron and later RNAS Lee-on-Solent, BB698 went on to serve with B Flight of 798 Squadron, Station Flight Lee-on-Solent, RNAS Evarton, and 727 Squadron RNAS Gosport, in that order before being sold to the Wiltshire School of Flying on 5/2/51. Restored to the Civil Register it was lost in a crash at Thruxton on 11/7/53, when it’s pilot overshot the airfield.

Served for it’s entire life at Sywell, and was lost in a crash during a low flying exercise near Turvey, Bedfordshire, on 25/7/44, when it struck some power cables.

During 1946 this Tiger was handed over – without Air Ministry approval – to the Gloucester Flying Club, who promptly spent £425 in restoring G-ADIH to flying condition, and naturally thought the Tiger their property. However, the Air Ministry then stepped in and requested the return of their aircraft – the matter being eventually settled by a payment by the Gloucester Flying Club of £50 to Air Ministry. G-ADIH remained on the Civil Register until 20/11/52, when it was destroyed during a landing accident near Ramsgate.

Used at Sywell throughout the war, and taken to 9 MU Cosford on 19/7/45, for disposal. Sold to Marshalls of Cambridge in 4/46, and restored to [crossed out]the the[/crossed out]
[page break]
to/ [sic]
the Civil Register as G-ADIJ. In December 1952 G-ADIJ was sold abroad to New Zealand as ZK-BBS and was converted for crop spraying. Used in this role by Northern Aviation Limited, ZK-BBS was destroyed in a crash near Dargaville on, [sic] 15/12/55.

No details at present for G-ADEZ – may have been lost prior to 1939. Further information on the aircraft that you flew will be passed in due course.