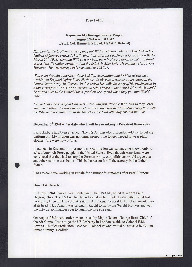 Written by Ken Boyd the brother-in-law of a Bomber Command pilot Wilfred Comrie who was killed in a crash at RAF Pocklington in March 1943. Wilfred was an American who joined the RCAF in May 1941 and served on 102 Squadron. Ken Boyd was a first lieutenant in the USAAF who in August 1941 was seconded to a secret mission to the United Kingdom to make plans for the maintenance, supply and repair of American Air Force equipment in the British Isles. He tells of his journey to London by air, accommodation in London. Describes his assignments running his colonel's office, obtaining technical observers wings (for access to flying in military aircraft), journey's and work in Belfast (Langford Lodge). He mentions jet engine design and visit to Frank Whittle. Mentions an aborted flight on bombing run to Berlin. Continues with more on plans for maintenance at Langford Lodge and tours of British manufacturing facilities. Gives account of French restaurant in London and describes the arrival of American troops in Northern Ireland. Concludes with other meetings and trip back across the Atlantic. Includes memorandum for Colonel Powers giving him the mission instructions and Ken Boyd's orders and authority to possess secter RAF maps and documents.