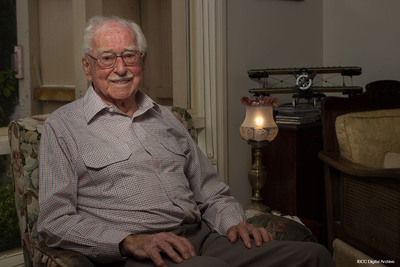 Ralph White grew up in Melbourne, Australia and originally joined the army. He later volunteered to become aircrew and undertook initial pilot training at Benella and Mallala in Australia before sailing to the UK via San Francisco and New York. He flew operations with 192 Squadron from RAF Foulsham and recounts and attack by a Ju 88. After the war he took part in Operation Post Mortem. English operators went to Germany to test their equipment while his squadron mounted a mock operation. This was to see how effective the British and German technology had been.