Wedding of Bruce and Margaret Wilson 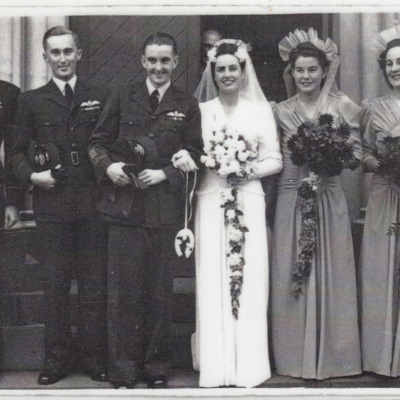 Wedding of Bruce Wilson and Margaret - he trained with Ralph White who is far left.

Photograph shows groom in uniform, two other airmen, bride with long white dress, veil and bouquet and holding horseshoe charm on a ribbon; two bridesmaids in… 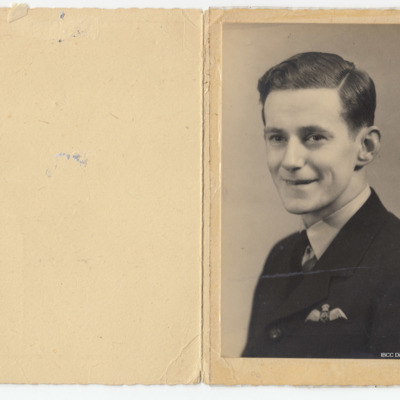 Head and shoulders portrait of Ralph White in uniform. On the cove is 'Wakefields Ltd Chiswick'. 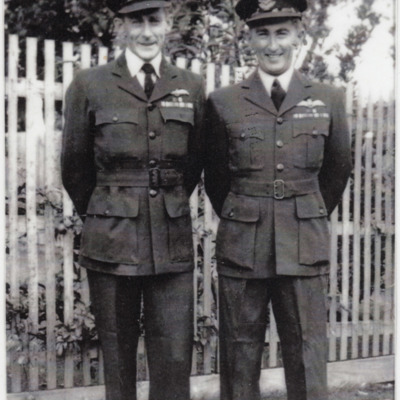 Ralph White and Alan Hopkins standing in full uniform in front of a wooden fence. They were called up from Reserve for a short time in 1953.

Eight airmen including Ralph White and a Halifax 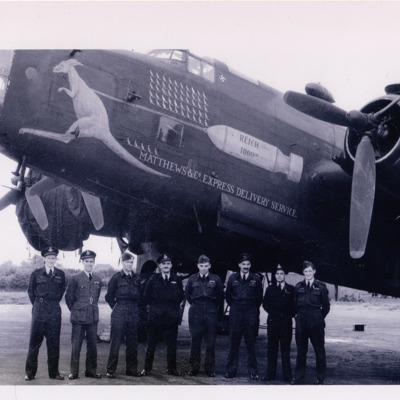 The front of a Halifax with group of eight airmen - Ralph White far right. The nose art has a kangaroo, a bomb with Reich 1000lbs, Matthews & Co Express Delivery Service , 55 small kangaroos indicating 55 operations and a small swastika. 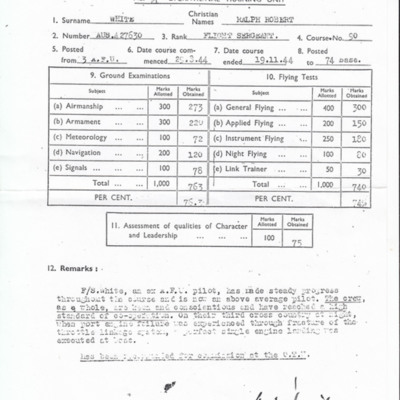 Issued to Ralph White. It gives his scores on ground exams and flying tests and an assessment of his flying abilities 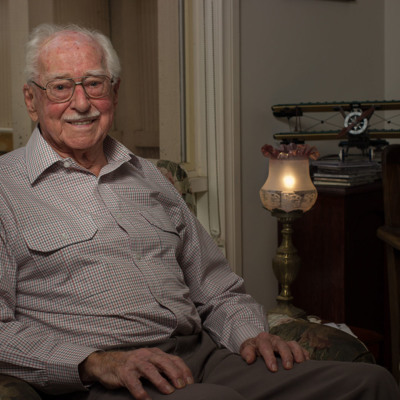 Ralph White grew up in Melbourne, Australia and originally joined the army. He later volunteered to become aircrew and undertook initial pilot training at Benella and Mallala in Australia before sailing to the UK via San Francisco and New York. He…
View all 6 items