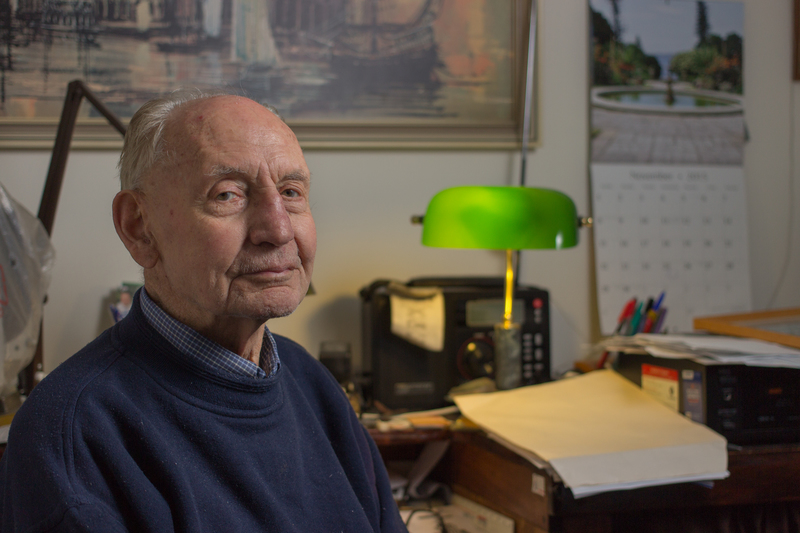 Arthur Atkins grew up in Melbourne, Australia. As a Boy Scout, he experienced a flight in an aircraft and knew he wanted to be a pilot. He transferred from the army to the Royal Australian Air Force and started pilot training in Australia. He travelled to Britain in 1943, via New Zealand and the United States of America. After further training at various stations, he was posted to 625 Squadron at RAF Kelstern. Among the operations he describes are leaflet drops over Chartres, the bombing of the Opel factory at Rüsselsheim, the Gironde Estuary, Le Havre, Frankfurt, Cologne and Stettin. He completed 32 operations. While stationed at RAF Kelstern he often visited the Plough Inn at Binbrook.