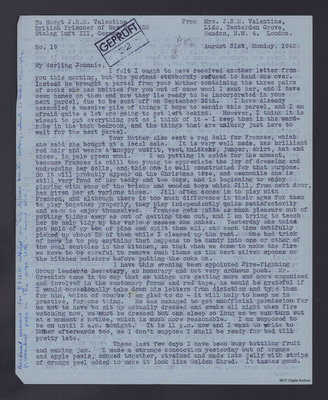 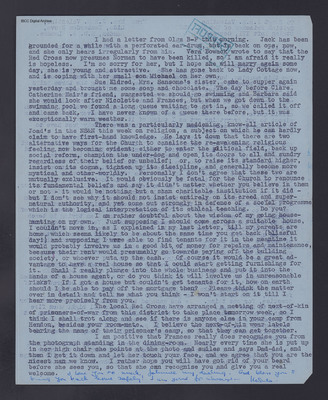 Writes about sending him socks and other items as well as about the activities of daughter Frances. Mentions she has been appointed fire-fighting group leader and been asked to do some secretarial work. Continues writing of fruit bottling, jam making and catches up with news of friends. Mentions problems of house hunting on her own that there is a Red Cross meeting of prisoner next of kin coming up. Concludes with statement that daughter Frances seems to recognise him in photograph.