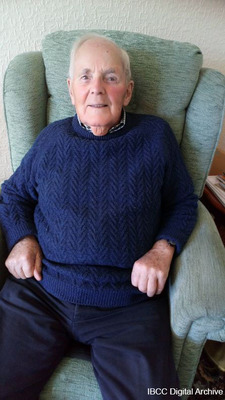 Geoffrey Spencer grew up in Birmingham and worked with his father in tool making, carrying out fire watching as a youngster. He joined the Air Force aged 18 in August 1943. After training he served as a flight mechanic and fitter with 49 Squadron at RAF Fiskerton and 189 Squadron at RAF Fulbeck. He worked in the maintenance hanger and on the flights and describes a crash landing in a Lancaster after an air test and an accident while refuelling a Stirling. He was posted to Singapore in 1945 serviced engines on high speed launches. He was de-mobbed in July 1947 and worked in the tool making industry in the UK until he retired.after the war.