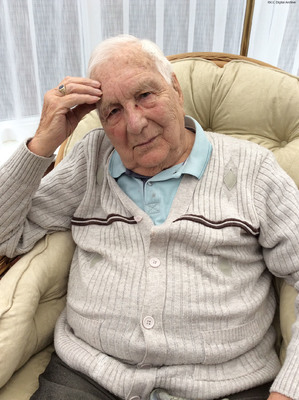 Ernest Hector Angelo Pedrazzini was the son of an Italian father and an English mother. After the war he changed his name to Tillbrook. Ernie’s father escaped from a prison camp during the First World War and finding his way to Russia and employment in the pre-revolution years before escaping to Moscow and making his way back to Italy and then to his young family in England. Ernie Tillbrook was employed at the Gillette’s factory when he left school and experienced the London Blitz as a messenger before he volunteered for the RAF. He started as a mechanic before undertaking training as a flight engineer and flying operations with 431 Squadron.