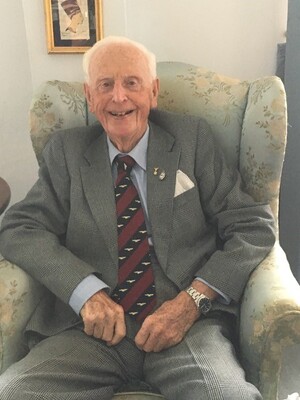 Henry Shackleton listened to Chamberlain’s speech on the radio and hoped to be a Spitfire pilot. He began his training and was selected as a flying instructor and was posted to Canada. On his return to the UK he was posted to his operational squadron 419 at RAF Middleton St George. He then went on to join the Pathfinders. He was shot down over Berlin and became a prisoner of war at Stalag Luft 3.