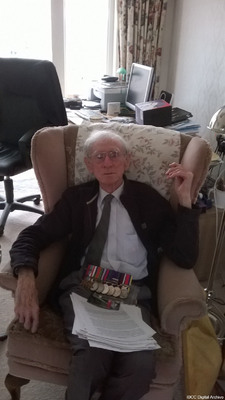 Christopher ‘Kit’ McVickers was working at the steelworks before he volunteered for aircrew. He trained as a wireless operator and was posted to 218 Squadron based at Woolfox Lodge. His pilot refused to fly and was replaced with a new pilot. The crew found the incident upsetting because they loved their pilot and worried for him. Kit went on to complete his tour and then after a short time out of the RAF he re-joined. He went on to serve overseas including the Indonesian Confrontation. He flew in various aeroplanes including Lincolns, Shackletons and Lockheed Neptunes. He ended his career as a missile controller at RAF Neatishead and Patrigton.