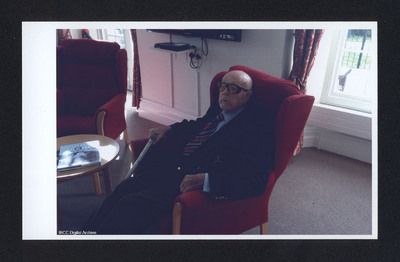 Alfred Meadows was born in London. He was keen to join the RAF as aircrew but didn’t pass the medical. He was posted as a driver to RAF Old Sarum from where he witnessed the bombing of Southampton. He was posted then to South Africa. He describes one occasion when he and a team recovered an aircraft fifty miles from the nearest road. Alfred still wanted to be aircrew and was finally successful and was trained as a navigator. He was posted back to the UK and joined 608 Pathfinder Squadron.