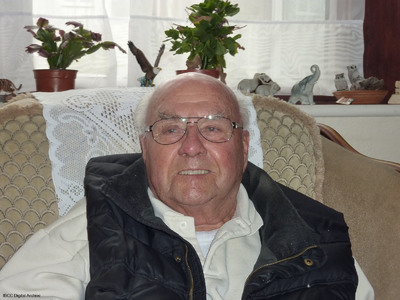 Born in Fulham, Tom Rogers joined the RAF in 1943 as an air gunner. After training he was posted to 207 Squadron in Spilsby, carrying out 26 operations, shooting down two enemy aircraft and being awarded the Legion d’Honneur. He tells of the penguin which was the crew mascot, the friends he made and what happened to them. After leaving the RAF he worked in a number of different places, including London Airport at the time of the huge fire, ending up at London Transport.