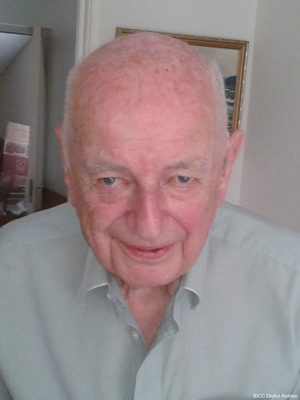 F N Larard discusses his training and operations as a rear gunner with 625 Squadron.