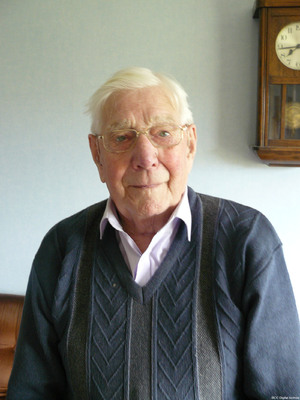 GR: This is Gary Rushbrooke for the Bomber Command Association, I’m with Flight Sergeant Maurice Kemp at his home near Boston in Lincolnshire, 25th April 2016. And Maurice could you just tell me a little bit about yourself, when you were born, where you born?

MK: Yeah I was born at West Keal near West Keal Church up up the top of the road there.