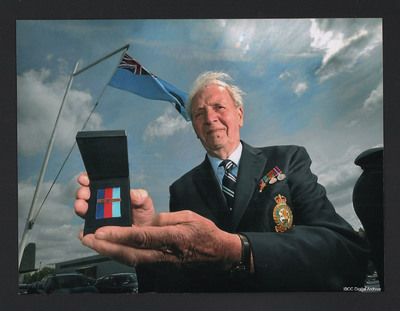 Donald Fraser grew up in Fifeshire, and worked in forestry until he volunteered into the RAF in 1942, aged eighteen. He trained as a flight engineer and completed a tour of operations with 101 Squadron. He recalls operations to Berlin, being hit by anti-aircraft fire, how the mid upper gunner tried to jump from the aircraft, and landing in the wrong airfield in the fog. After he completed his tour he became an instructor, and before he was demobbed he was offered a commission but decided to return to forestry work. He talks extensively about his career working in forestry until his retirement in his eighties and about meeting up with some of his crew seventy years after the war.