The collection has been loaned to the IBCC Digital Archive for digitisation by Donald Keith Fraser and catalogued by Barry Hunter. 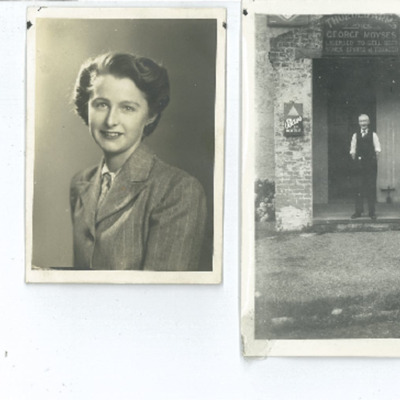 Two photographs.
1 is a half length portrait of a woman.
2 is a landlord standing outside the entrance to the Thorold Arms at Marston, South Kesteven.
Additional information about this item was kindly provided by the donor.
This item was sent to… Donald Fraser completed a tour of operations as a flight engineer with 101 Squadron. He discusses the importance of ground personnel, his crew, his operations and the conditions at RAF Ludford Magna. He describes having to stop his mid-upper gunner… 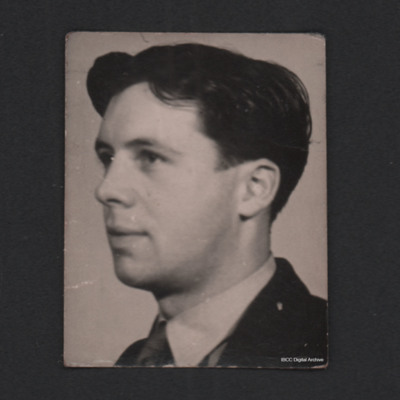 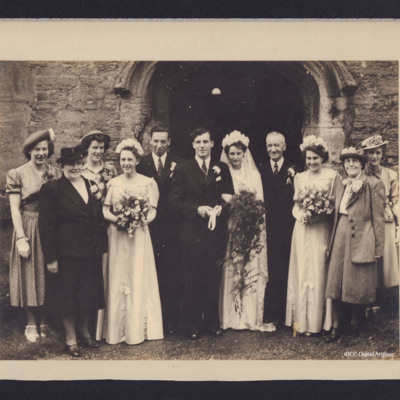 11 members of the wedding party including Donald and Sylvia Fraser. They are standing outside the church.

Donald and Sylvia Fraser and the bridesmaids 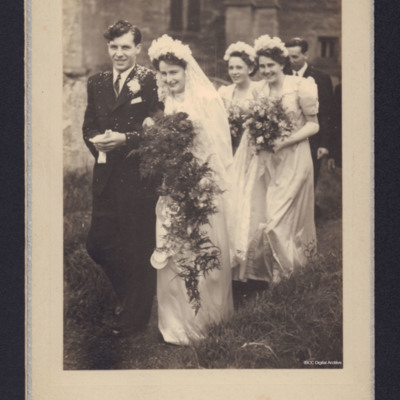 Donald and Sylvia Fraser on their wedding day. They are followed by two bridesmaids. 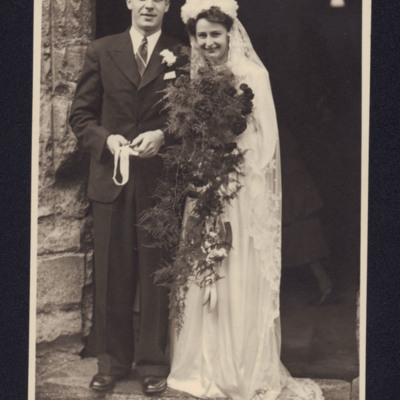 Donald and Sylvia Fraser on their wedding day. She is holding a large floral bouquet. 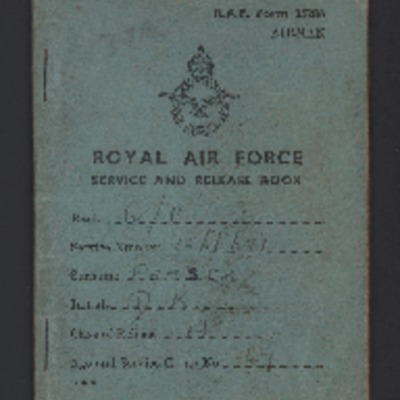 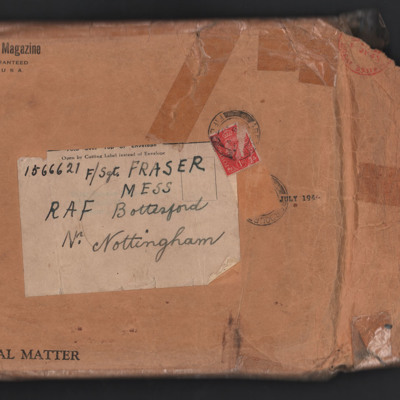 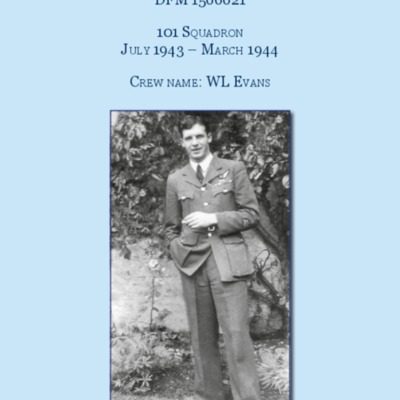 Memoir describing his life and service career in the RAF. He also gives a list of 29 operations he participated in with notes on specific operations, and recounts a brief history of the Lancaster.

Donald Fraser grew up in Fifeshire, and worked in forestry until he volunteered into the RAF in 1942, aged eighteen. He trained as a flight engineer and completed a tour of operations with 101 Squadron. He recalls operations to Berlin, being hit by…
View all 11 items