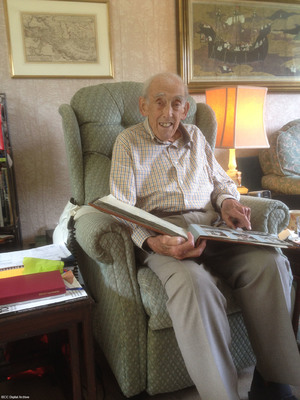 Warrant Officer Gerald Taylor joined the Royal Air Force in 1943. The interview covers the period of his training.