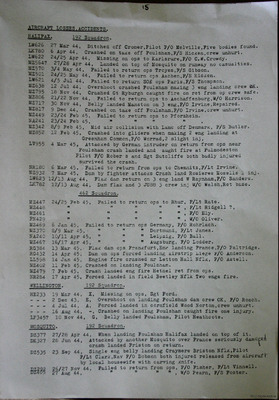 List of Halifax, Wellington and Mosquito aircraft lost from 192 and 462 Squadrons from December 1943 to April 1945. Gives aircraft registration, date, description of incident, some with captain named.