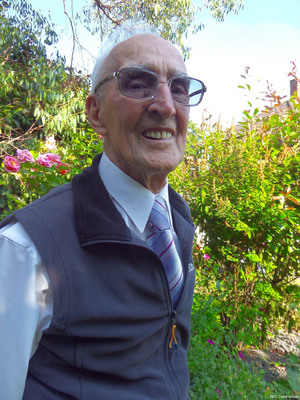 George Crooks was an apprentice electrician before volunteering for the Royal Air Force at the age of eighteen. After his training he served as an armourer with 50 Squadron at RAF Swinderby and later RAF Skellingthorpe. He later worked experimenting with blind bombing and Window. Upon leaving the Royal Air Force he had a holiday in Blackpool where he met his future wife.