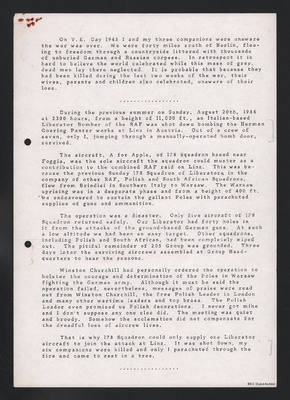 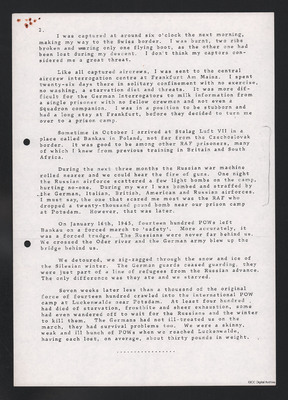 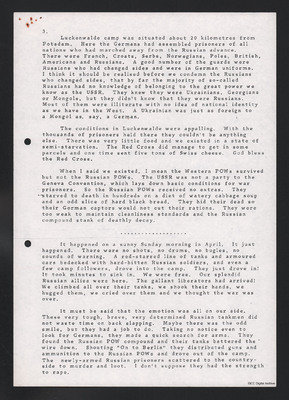 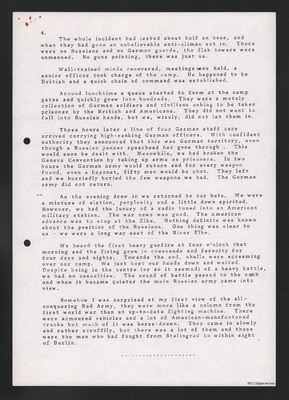 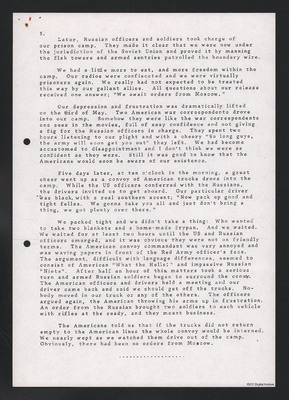 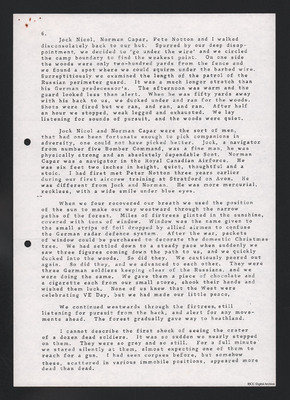 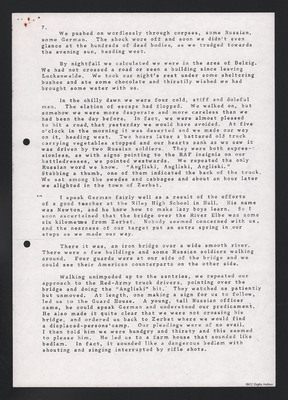 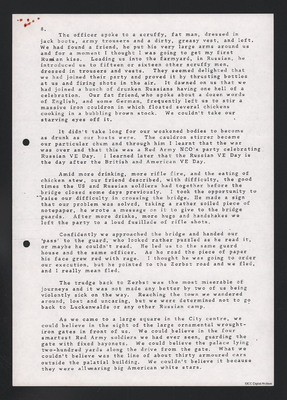 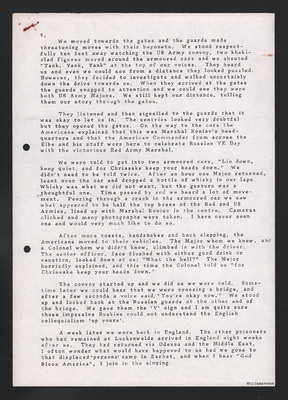 The author was shot down over Linz, Austria whilst bombing a Panzer works. The other six in his crew perished. He was taken to Dulag Luft at Frankfurt then Stalag Luft VII. In January his camp was evacuated and he joined the Long March to the west, ending up at Luckenwalde (Stalag 3A). In April the camp was overrun by Russians but they were kept as prisoners. An American convoy arrived to take them west but the Russians refused to release them. Together with three friends they escaped and worked their way west until stopped by a river. On VE day they were refused access across a bridge, held by the Russians at one end and the Americans at the other. After being fed and liquored by friendly Russians they met up with Americans in Zerbst. They were then smuggled across the bridge and freedom.